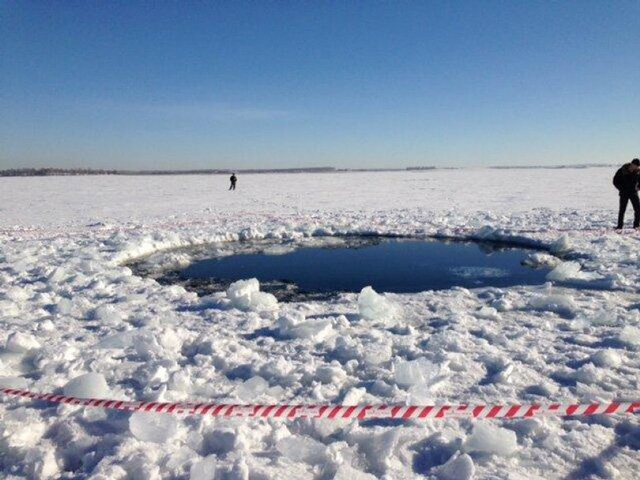 A hole in the ice of Chebarkul Lake where a meteorite struck the lake.

photo by Raša tudej via Kurir

Estimated as weighing over 10 tons, a meteor streaked over Russia’s Ural Mountains and its blasts injured nearly 1,000 people, according to Interfax. The Russian Academy of Sciences reports that windows have been reported broken from the strong (and very loud) shock waves. There are also reports that several meteorites hit the ground and caused damaged. Phil Plait of Slate and Anthony de Rosa on Storify have been gathering amateur videos and photos of the event. Reuters has more of the story. An image from the SEVIRI instrument aboard our Meteosat-10 geostationary satellite. The vapour trail left by the meteor that was seen near Chelyabinsk in Russia on 15th February 2013 is visible in the centre of the image.