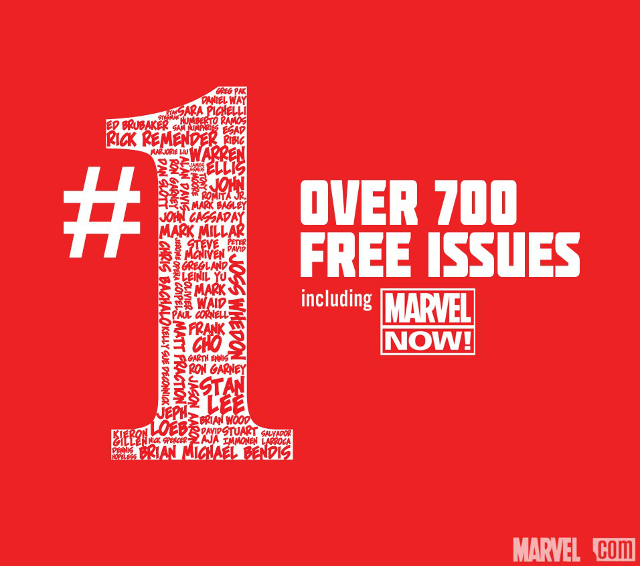 Marvel #1, a promotion announced by Marvel Comics at the 2013 SXSW festival, is a limited time release of over 700 free first issue comic books. The titles will be from both the classic and modern day Marvel collections. Digital issues will be available to download from Sunday, March 10, 2013 through Tuesday, March 12, 2013 at 11 PM EST from the Marvel Comics app and Marvel Comics Digital Comics Shop.

The prime intention of Marvel #1 will be to invite new readers to the medium through the unparalleled reach of digital comics. No other comic book company to date has offered this much free content in one promotion covering such a wide variety of characters and creators. Marvel #1 represents a true first in the industry.