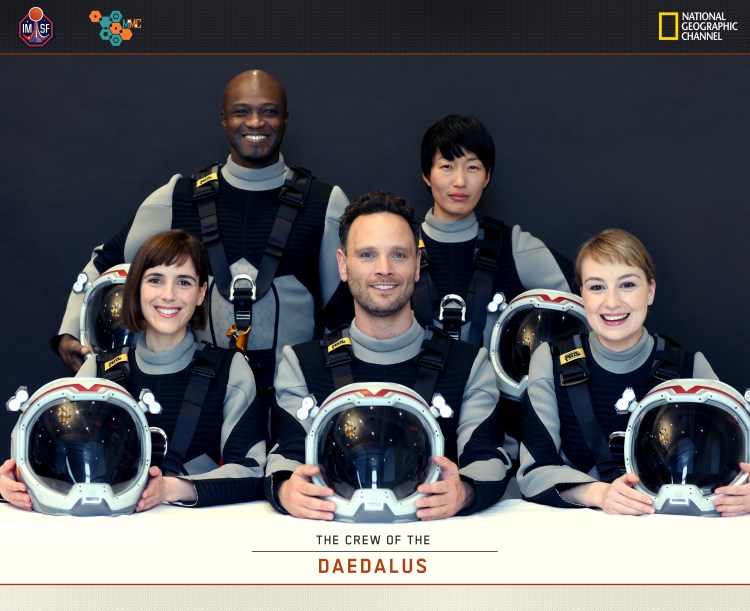 Mars is an upcoming narrative series about the first crewed mission to Mars on the fictional spacecraft Daedalus. In the series, the craft launches from Earth in the year 2033 to begin its mission of establishing the first human settlement on Mars. The show starts Ben Cotton, Jihae, Sammi Rotibi, Clementine Poidatz, Alberto Ammann, and Anamaria Marinca as the crew of the Daedalus.

The show will premiere on National Geographic Channel in November 2016.

(London, U.K. – May 9, 2033) Earth’s first crewed mission to Mars aboard the Daedalus spacecraft successfully launched from pad 39A at the Kennedy Space Center on Merritt Island in Florida, USA at 4:47 a.m. EST (0947 GMT), as cheers erupted from the Mars Mission Corporation’s Mission Control in London. The historic mission, a massive undertaking decades in the making, is a collaborative effort of MMC and the International Mars Science Foundation. The Daedalus and its human crew of six today take their rightful place in the history books as the fateful journey begins.