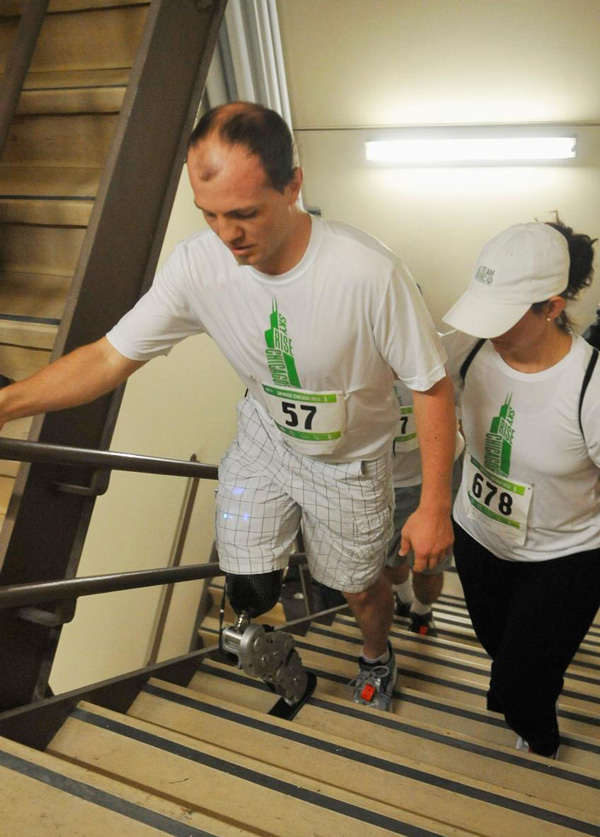 Yesterday amputee Zac Vawter took the stairs to the 103rd floor of Chicago’s Willis Tower using the first operational mind-controlled robotic leg (video). Vawter completed the feat during SkyRise Chicago, a charity stair climbing event that benefits the Rehabilitation Institute of Chicago (also the lead developer of Vawter’s robotic prosthetic leg). In order for Vawter to use the prosthesis, nerves leading to his amputated leg were reassigned to another muscle in a technique called Targeted Muscle Reinnervation. The prosthesis then reads the redirected nerve impulses and translates them into movement with motors in the knee and ankle joints. The robotic leg is the product of an ongoing research project led by the Rehabilitation Institute of Chicago, in collaboration with Vanderbilt University, MIT, and other research partners, and funded by the Department of Defense. 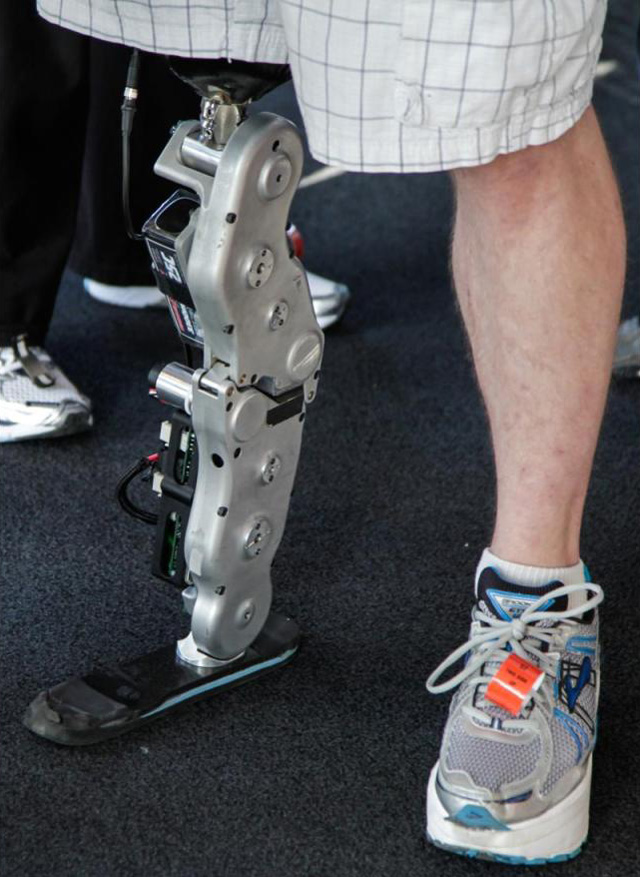