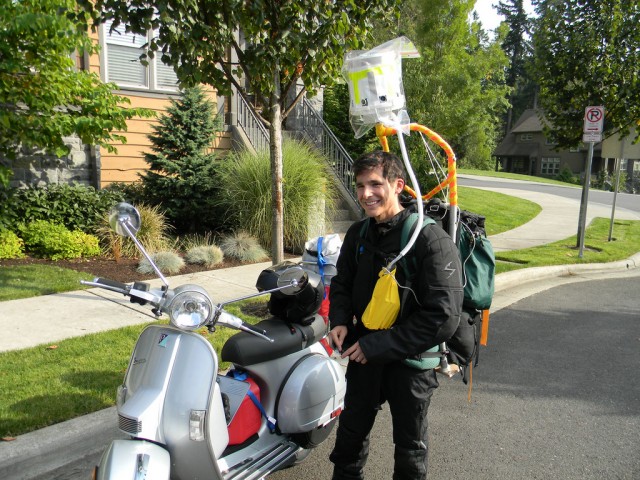 Today Gabriel Paez completed an ambitious 11 day trek across the US aboard a Vespa scooter. If you missed it, fear not—Paez documented the trip with a DIY panoramic camera he made out of 8 iPhones and programmed with his own software. The camera was suspended over his head by a mount attached to his back. It was controlled by a 9th iPhone strapped to his wrist. The trip began on September 21 in Seaside, Oregon, and ended today in Portland, Maine. Paez will be using the panoramic cross country footage in a live stage show he is developing. He also plans to release clips of the footage online. 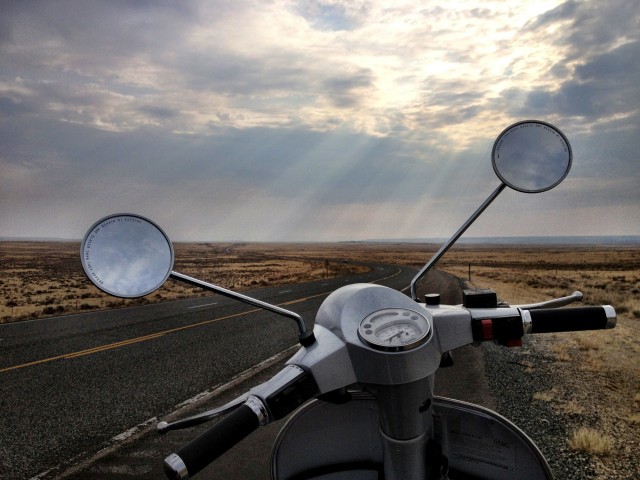 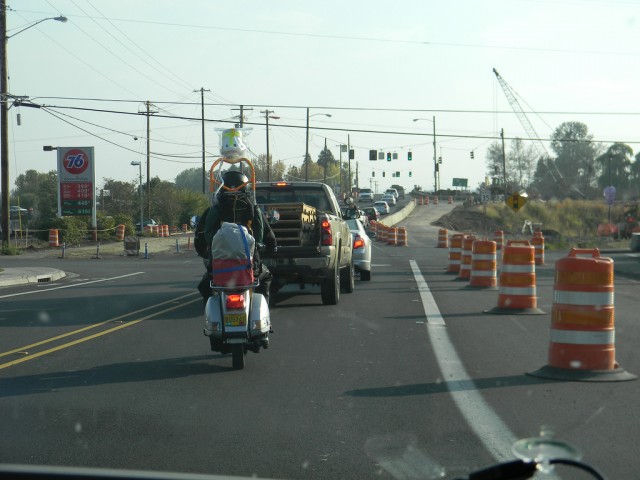 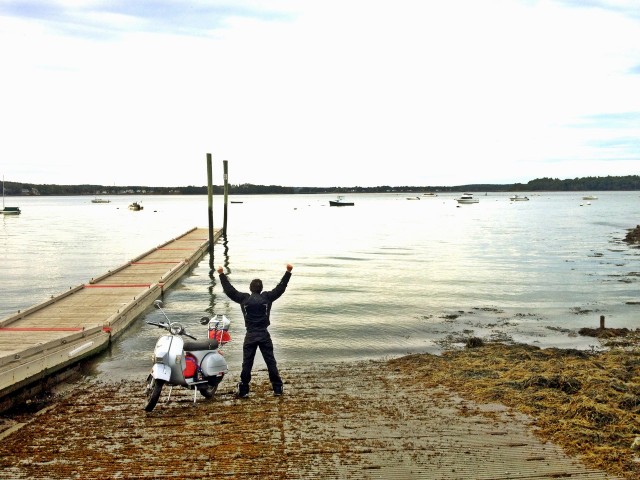