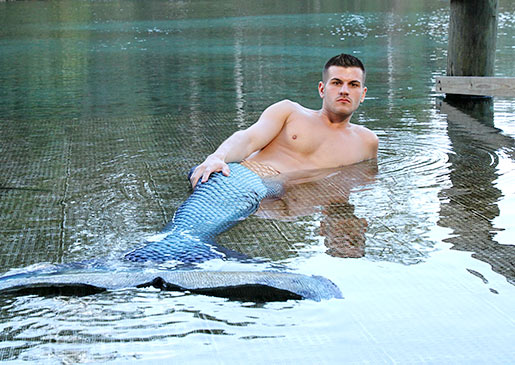 TLC’s show My Crazy Obsession recently featured Florida-based Eric Ducharme aka the Mertailor, a man who has been obsessed with mermaids since he was a child.

Eric Ducharme became enticed by the folklore of mermaids as a very young boy, vigorously pursuing his interests through the art of drawing, costuming, and underwater performance. Eric’s first encounter with mermaids was at the age of four when his grandparents…took him to the enchanting world of Weeki Wachee Springs…When Eric was nine he attended his first “Under the Spring” camp at Weeki Wachee…It was at this time that he met Barbara Wynns, a former mermaid at Weeki Wachee…They shared storied of their passions about merfolk and became friends Barbara too Eric under her flipper and showed him some of the ropes, teaching him how to swim as a merman By the age of twelve, after spending many years of wonderful Weeki Wachee experiences Eric decided to start his own business, calling himself “The Mertailor” so he could share his enthusiasm and creativity about these mystical underwater creatures known as merfolk. Today, Eric creates mermaid tails from various materials such as silicone, urethanes, and latex rubbers to produce a realistic looking product. 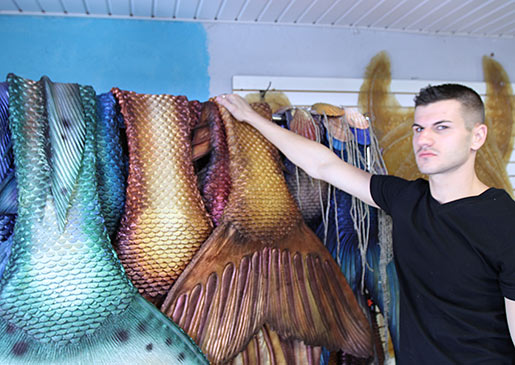 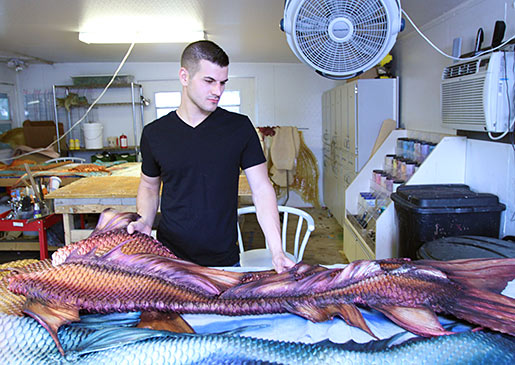 image via TLC, video via The Gaily Grind