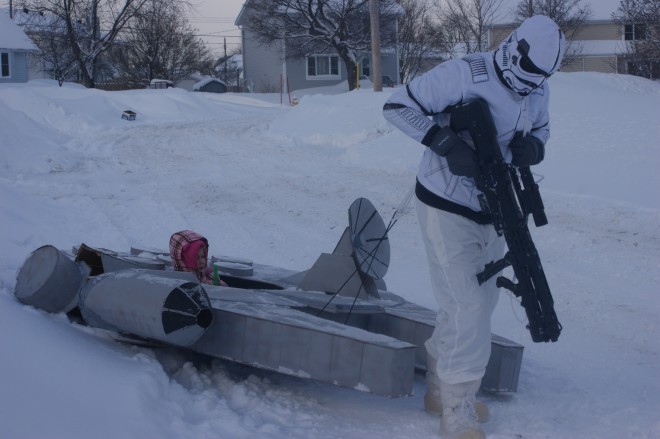 Sean Murray created a custom Millennium Falcon sled for his daughter using cardboard and a plastic toboggan, and sent photos of their wintry Hoth adventures to Wired GeekDad.

Each year, my work puts on a Winter Carnival. Each section forms a team and selects a theme for themselves. This year, I decided to put a team together and we chose Star Wars as our theme. One of the events is a Human Dogsled Race using team-built sleighs. As the Team Captain, I took on the task of creating the ultimate sled: The Millennium Falcon. Everyone seemed to like the finished product, but the best part for me was being able to play Star Wars with my daughter. The sled is made entirely of cardboard and mounted to a plastic toboggan underneath.

Mandatory Han Solo quote: “She may not look like much, but she’s got it where it counts, kid.” 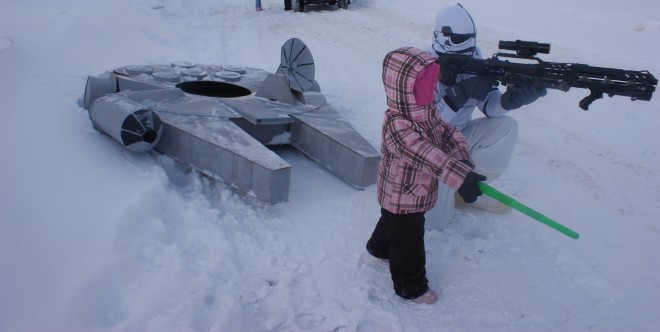 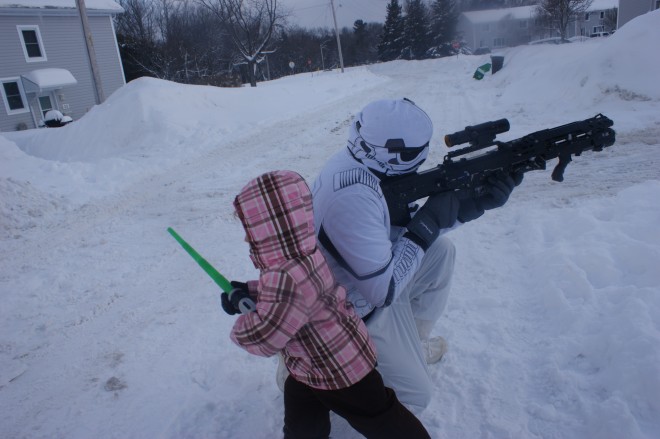 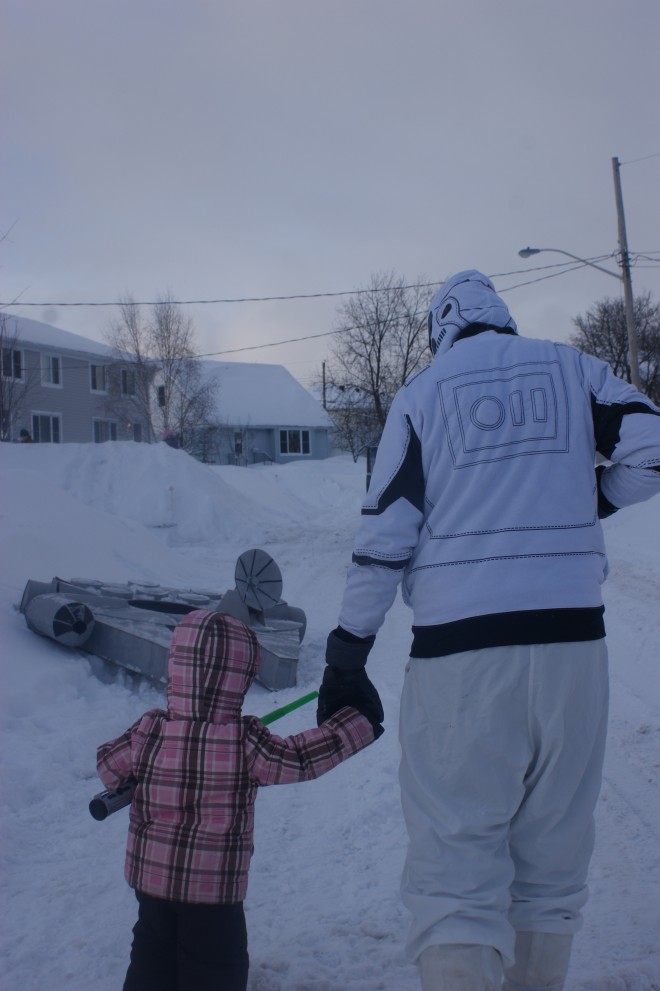 photos by Sean Murray via Wired