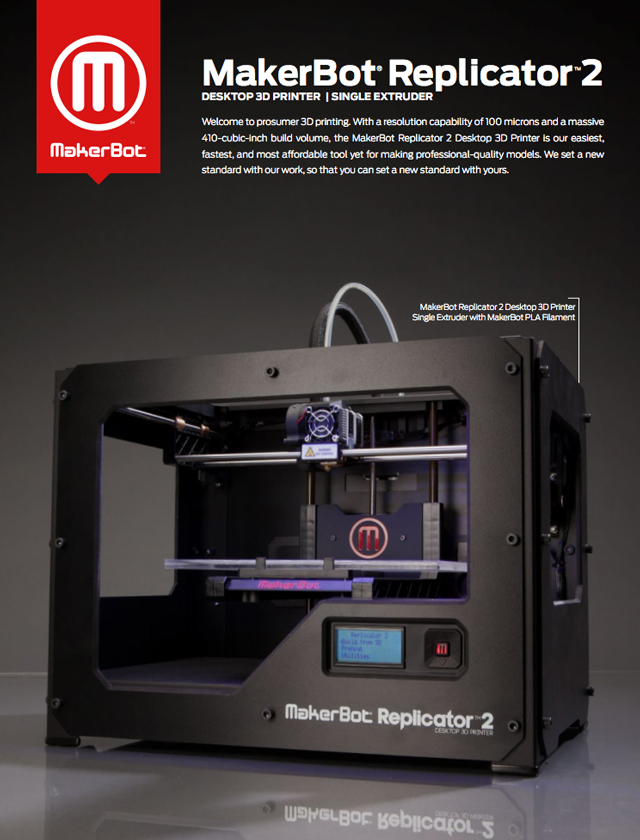 Here is MAKE’s video tour of the new machine:

Bre also announced the opening of the MakerBot retail store at 298 Mulberry Street in Manhattan (here are some photos). It offers “customers a full MakerBot experience, including demonstrations and the opportunity to buy cool MakerBotted gifts and accessories of all kinds.”

Visitors will have the unprecedented opportunity to experience the MakerBot Replicator 2 Desktop 3D Printer, live and in-person. Stop in to watch MakerBots at work, learn about 3D design and 3D printing, and leave with an authentic MakerBot-made gift for you or someone you think is cool enough to have it. The Replicator 2 arrives fully assembled and can be purchased online, through one of their distributors or at their new Manhattan retail store. The press conference was held at Brooklyn’s M.O.B. restaurant and was webcast live at the MakerBot website. 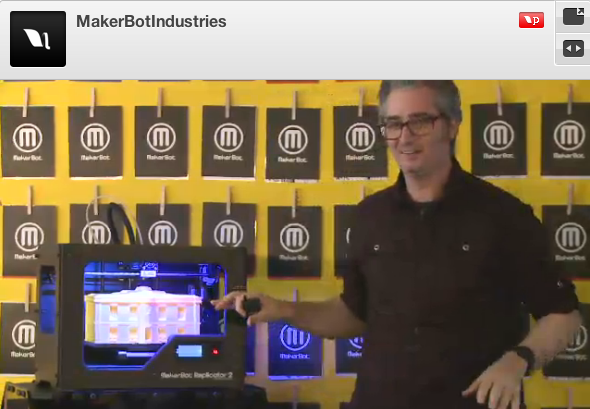 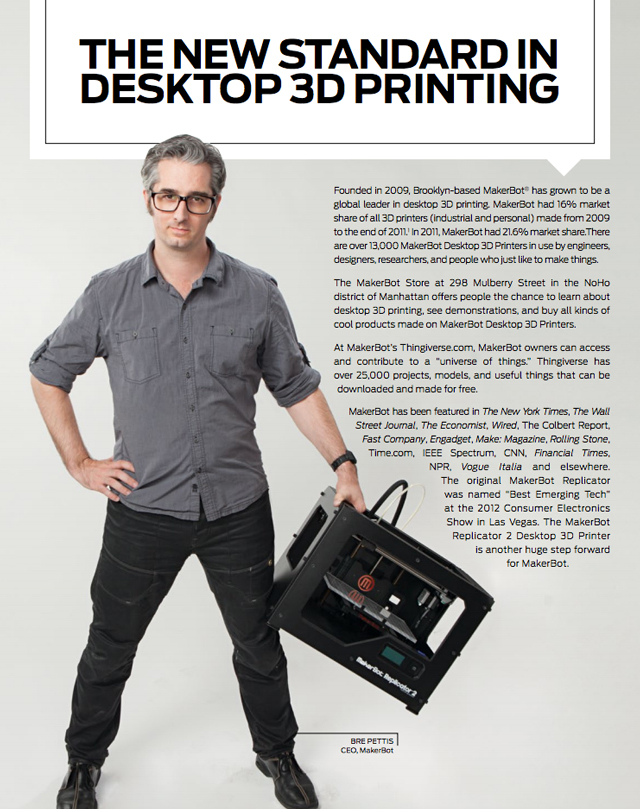