The Fine Brothers have created the Mad Men The Interactive Game, a Mad Men-themed interactive retro-style video game on YouTube. Doctor Octoroc wrote and directed the piece which has the user acting as Don Draper who must complete tasks to save the company. It offers three possible endings based on decisions made during play. Season 5 of Mad Men premieres Sunday, March 25, 2012.

We have pushed the annotations feature on YouTube to its limits, in a way we’ve never used before, where based on the order of which you complete the tasks the game “knows” which order you chose to play the game, and in turn, will ultimately give you an alternate ending depending on which task you completed last. 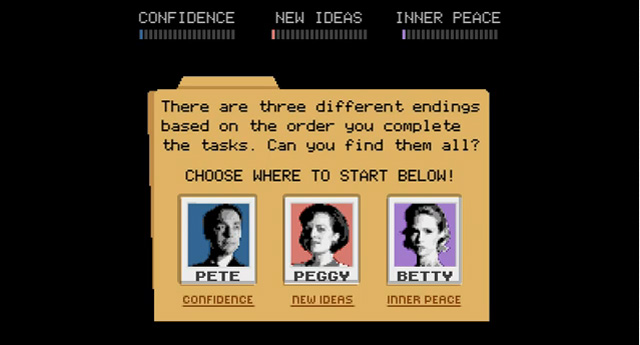 Thanks to Benny & Rafi Fine for the tip!