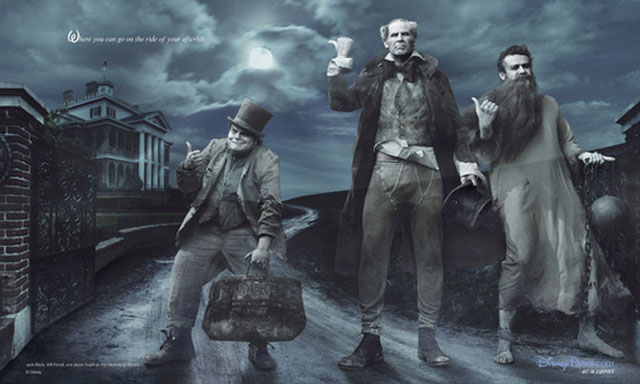 At Walt Disney World in Orlando, Florida, guests exiting The Haunted Mansion attraction are now given a macabre opportunity to photograph themselves as a headstone bust. One headstone reads, “These stately headstones represent two friends lost by accident” and the other “Side by side their heads repose. Where’s the rest? No one knows.” Inside the Magic has additional images of the headstone busts and more information about some new interactive features found at the popular attraction’s queue.

via Inside the Magic

image and video via Inside the Magic