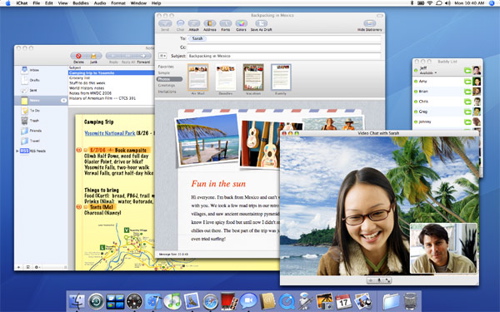 Leopard, the next release (10.5) of Apple’s Mac OS X, which was originally slated for a June release at the Worldwide Developers Conference, has been moved to October due to resources being temporarily reallocated for the launch of the iPhone.

iPhone has already passed several of its required certification tests and is on schedule to ship in late June as planned. We can’t wait until customers get their hands (and fingers) on it and experience what a revolutionary and magical product it is. However, iPhone contains the most sophisticated software ever shipped on a mobile device, and finishing it on time has not come without a price — we had to borrow some key software engineering and QA resources from our Mac OSÂ® X team, and as a result we will not be able to release Leopard at our Worldwide Developers Conference in early June as planned.