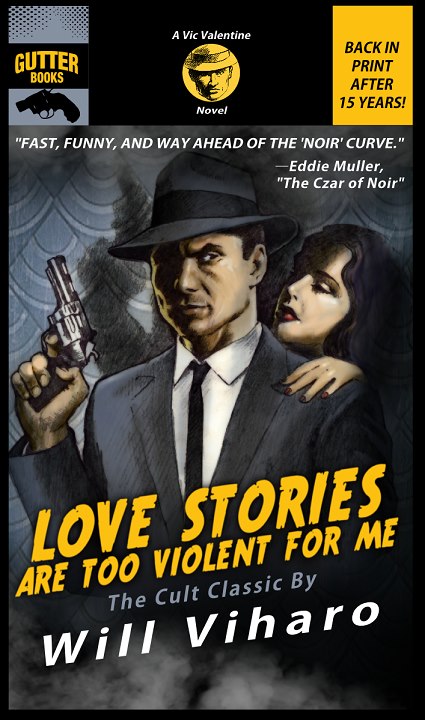 Before he co-authored It Came From Hangar 18, Will “the Thrill” Viharo inked Love Stories Are Too Violent For Me which is described as “ironic, iconic pulp served hot and fast, straight out of the emotionally gory grindhouse called Life.” First published in 1995, the recently republished novel is now being made into a film by Christian Slater, who will direct and star as its main character Vic Valentine, Private Eye.

When a hard-drinking professional baseball player hires Vic Valentine to find a vanished lover, a troubling journey begins. The hunt leads Valentine down a twisting trail of decadence and danger that eventually takes him to the most unexpected place—the private eye’s own past.

On Saturday July 27, 2013, Viharo is hosting a Book Launch Party in San Francisco, California to celebrate the novel’s republication by indie publisher Gutter Books. Viharo will be on hand to read from the book and sign copies of it. Surf rock band The Aqua-Velvets will perform at the party.