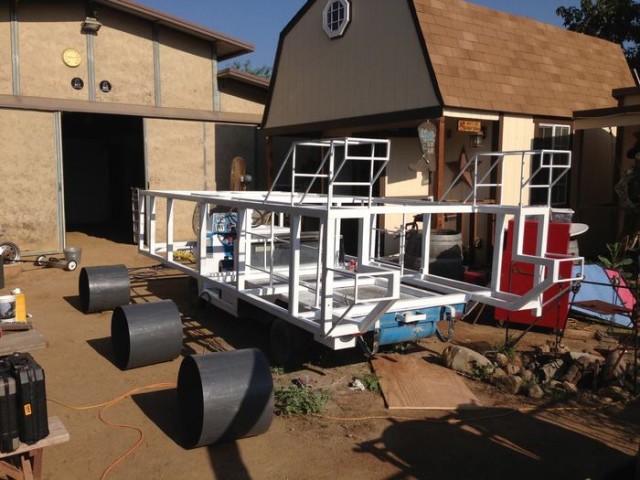 In honor of NASA’s Curiosity rover, a Los Angeles-based team of artists calling themselves The Desert Wizards of Mars is building an 8-passenger replica of the rover: the Mars Rover Art Car. In a nod to Curiosity, the art car will be loaded with sensors including a weather station, remote camera, and GPS, though unlike NASA’s rover it will have a camp stove. The Mars Rover Art Car will debut at Burning Man 2013, and afterwards the car will serve as an educational tool. The Desert Wizards of Mars are raising funds for the project on Kickstarter.