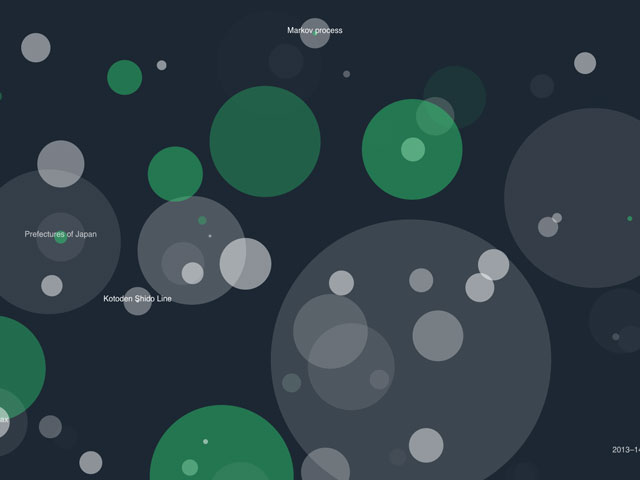 Bells indicate additions and string plucks indicate subtractions. Pitch changes according to the size of the edit; the larger the edit, the deeper the note. Green circles show edits from unregistered contributors, and purple circles mark edits performed by automated bots. You may see announcements for new users as they join the site, punctuated by a string swell.

image via Listen to Wikipedia