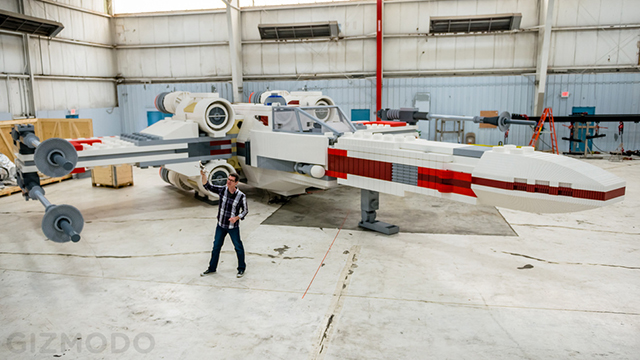 LEGO has taken custom model building to the next level with their incredible life-size model of a Star Wars X-Wing Fighter that is built out of 5,335,200 LEGO bricks. Gizmodo reports that “it reproduces the official $60 Lego 9493 X-Wing Fighter. But instead of being 560-pieces and a few inches long, this model uses more than five million pieces and it’s 11-feet tall and 43 feet long, with a 44-foot wingspan. Just like the real X-Wing—and 42 times the size of the commercial Lego set.” It took 32 Master LEGO builders approximately 4 months to build it to completion. LEGO unveiled this behemoth at Time Square in New York City. It will be on display there during the Memorial Day weekend then be moved to the West Coast.If the size alone wasn’t enough, the X-Wing also has a custom built R2-D2 and noisy engines that glow red just like in the films. You can learn more, view more photos and video footage at Gizmodo.

The model was created to promote the original Lego Star Wars animation TV series ‘The Yoda Chronicles,’ which will premiere on Cartoon Network on Wednesday, May 29 at 8:00PM.

Here is a video from the folks at Yoda’s News showing off the LEGO X-Wing. You can watch it being fired up at the 5 minute mark of the video. 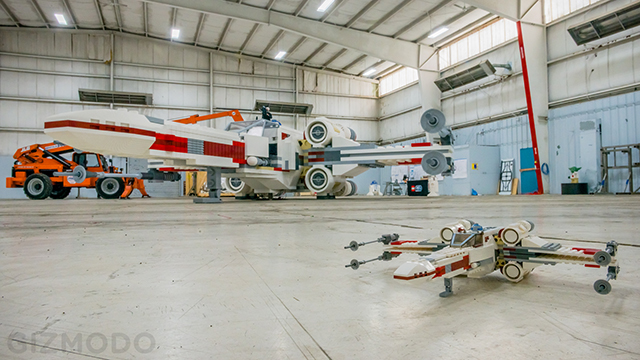 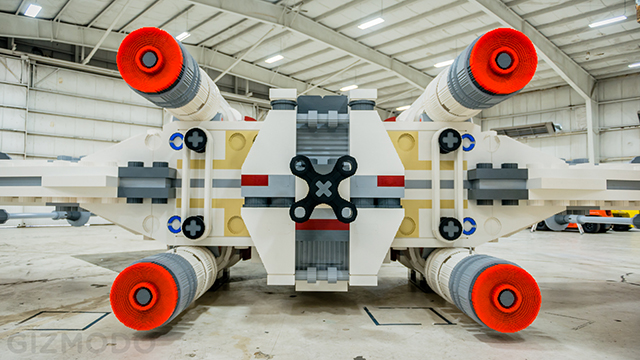 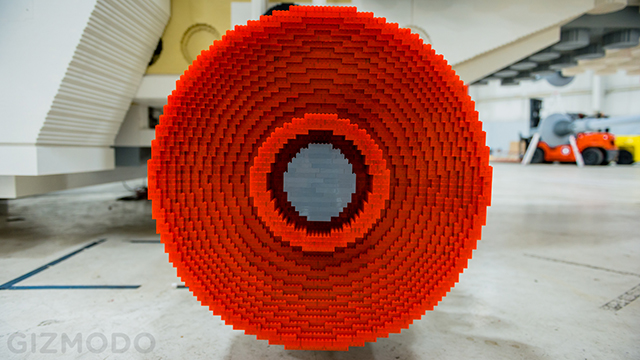 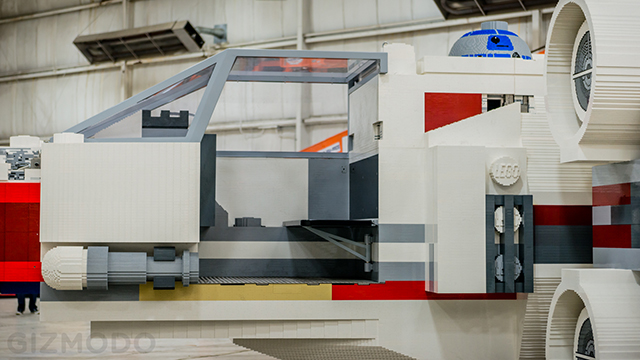 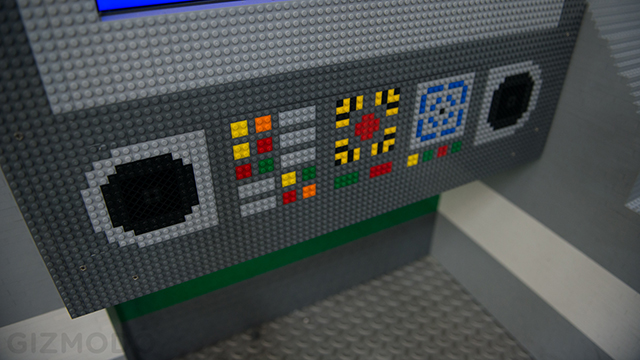 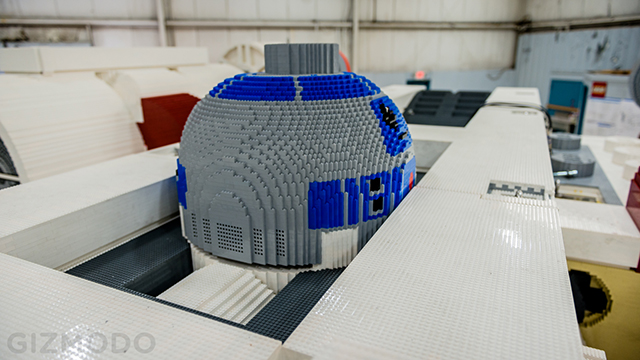 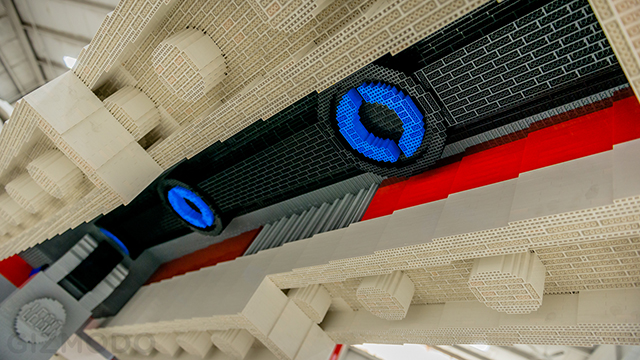 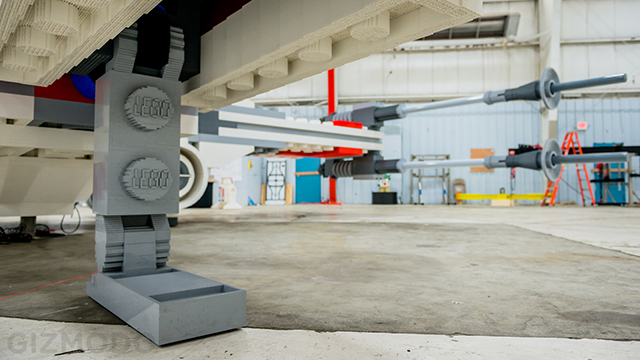 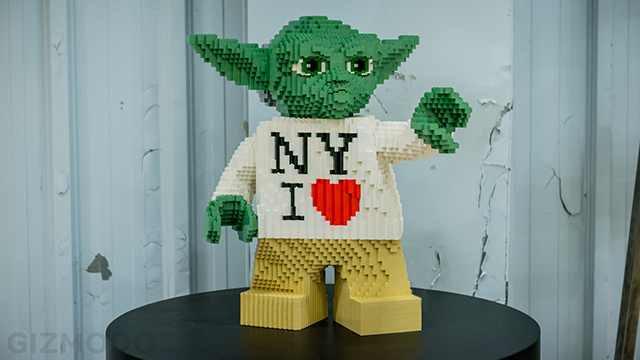 photos by Nick Stango of Gizmodo