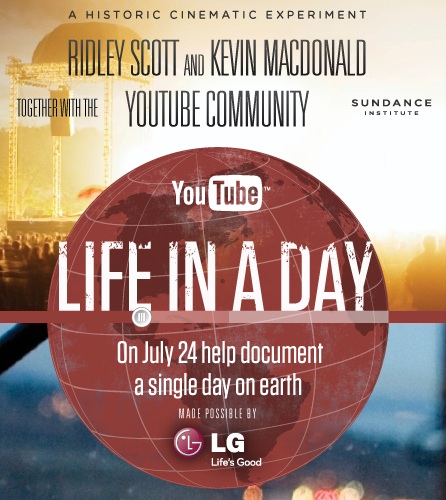 Google has launched a new project “Life in a Day”, where they are inviting people to document their lives for 24 hours on July 24th. The best submissions will be edited into a feature length documentary directed by Kevin Macdonald and executive-produced by Ridley Scott. The finished film will premier at the 2011 Sundance Film Festival.

Life In A Day is a historic global experiment to create the world’s largest user-generated feature film: a documentary, shot in a single day, by you. On July 24, you have 24 hours to capture a glimpse of your life on camera. The most compelling and distinctive footage will be edited into an experimental documentary film, executive produced by Ridley Scott and directed by Kevin Macdonald.