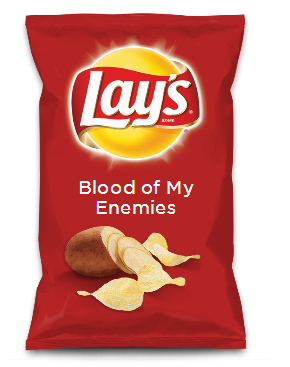 The company has brought back the contest for another round with a prize of $1 million on the line, and it turns out that not all the people on the Internet are taking it very seriously.

The flavor really comes out after you finish the bag. #DoUsAFlavor pic.twitter.com/ZyWiu2koGX

Blood of My Enemies

Lay’s will continue to accept submissions until April 5th, 2014. A full list of rules are available on the contest’s website.