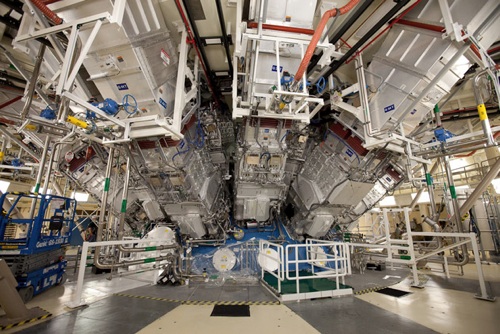 What do you do if you have the world’s largest and highest-energy laser? Surprisingly, the lasses and lads at Lawrence Livermore’s National Ignition Facility (NIF) chose not to hold a city ransom or even strap it to a friggin’ shark, but rather to create the first world’s first controlled thermonuclear reaction. That is to say that they are making the stuff of science fiction (or you could think of it as a very, very, very small star).

NIF’s 192 giant lasers, housed in a ten-story building the size of three football fields, will deliver at least 60 times more energy than any previous laser system. When all of its beams are fully operational, NIF will focus nearly two million joules of ultraviolet laser energy on a tiny target in the center of its target chamber – creating conditions similar to those that exist only in the cores of stars and giant planets and inside a nuclear weapon. The resulting fusion reaction will release many times more energy than the laser energy required to initiate the reaction. 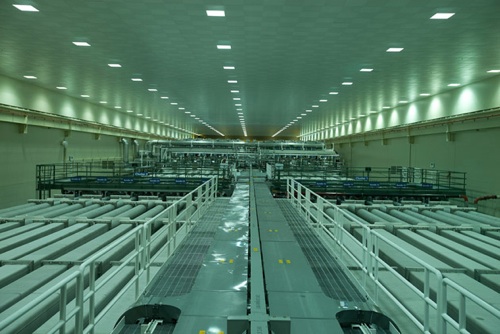 The laser itself is not scheduled to go online until 2010, but in the meantime our friend Dave Bullock was able to take a tour of the laser’s guts to shoot some stunning photos for Wired. Check it out an learn how to transform a cheap solid state laser into an Anti-Death Star!