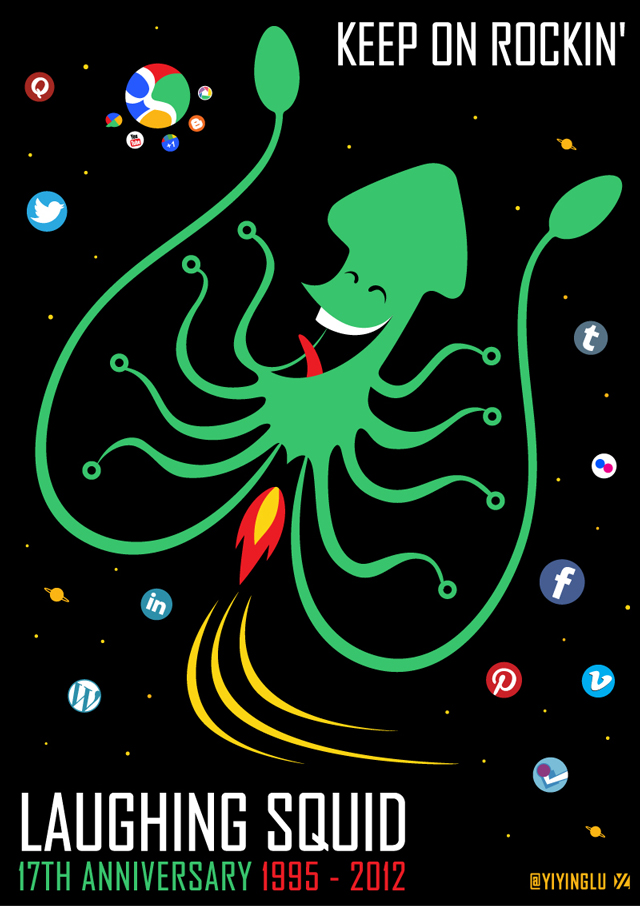 Join us in celebrating the 17th anniversary of Laughing Squid! I never would have guessed that the little film and video production company I started in 1995 would become what it is today. It’s been an amazing journey to say the least.

Thanks to everyone for all of your support through the years, including the blog and hosting teams. You rock!

In honor of this historic occasion, Yiying Lu, who made the iconic “Fail Whale” used by Twitter, created this wonderful Laughing Squid 17th Anniversary illustration for us. Thanks Yiying!

1995 – Founded in San Francisco as a film and video production company to release the documentary “Alonso G. Smith, A Half Century of Social Surrealism”.

1999-2003 – Laughing Squid presented the The Tentacle Sessions, a monthly series in San Francisco.

2005 – Officially launched the Laughing Squid blog (we were proto-blogging as early as 2003).

Oh and for those who are curious, here’s the origin of the name “Laughing Squid”.