LAIKA is a fictional and animated short film based on the true life story of the first dog in space. It was directed and animated by Avgousta Zourelidi, alongside animators David Grey, Sean Sears and Mark Nute.

The film is a re-imaging of the true story about the first dog in space launched by Russian scientists in 1957 and what may have happened to her on her momentous journey. An intelligent creature, curious and proud she fulfills her duty taught to her by the scientists back on earth. 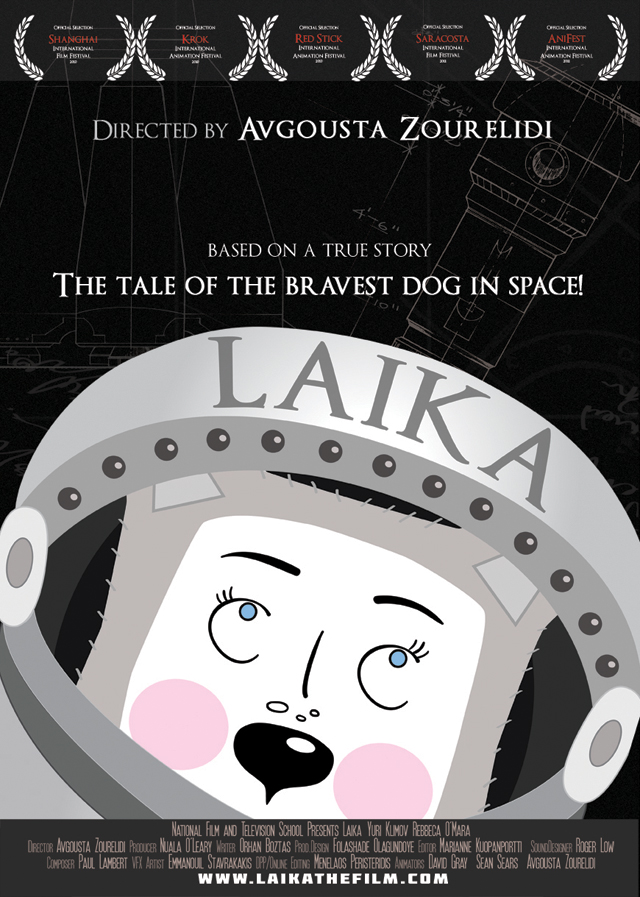