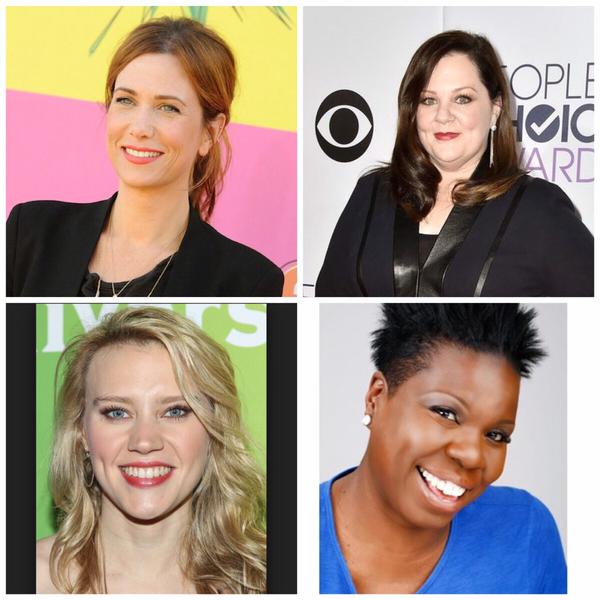 The primary cast of director Paul Feig‘s upcoming Ghostbusters reboot has finally been announced with Kristen Wiig, Melissa McCarthy, Kate McKinnon, and Leslie Jones set to star. Wiig and McCarthy previously worked with Feig on the film Bridesmaids, and McKinnon and Jones are both current cast members on Saturday Night Live. Feig announced he was officially attached to the project in October of 2014 as director and writer along with with Katie Dippold.

Feig posted a photo of the four women today on Twitter.