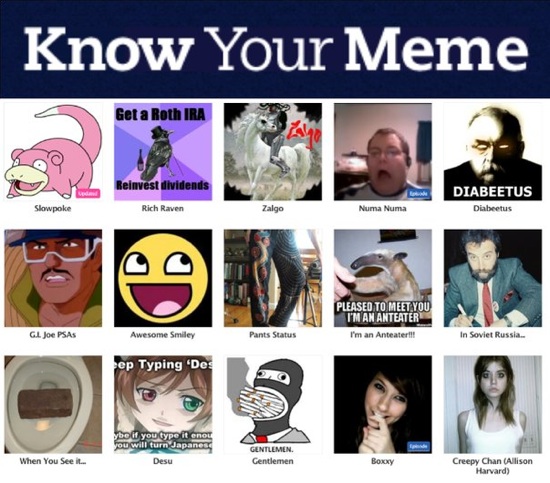 Know Your Meme, which was launched at Rocketboom three years ago, has been acquired by Cheezburger Network.

Cheezburger, the Internet publisher best known for popularizing LOLcats, FAILS, and other Internet memes, today announced it has acquired Know Your Meme, the most authoritative site that researches and documents the history and origins of Internet memes and viral phenomena. Created by Rocketboom, a leading Internet video network founded by Andrew Baron, Know Your Meme is dedicated to giving people an accurate inside look at up-and-coming as well as already viral Internet memes.