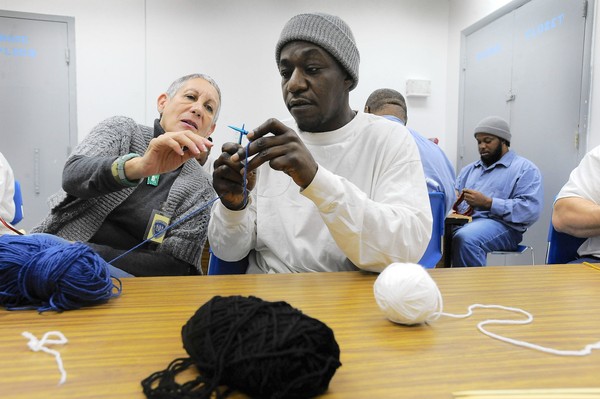 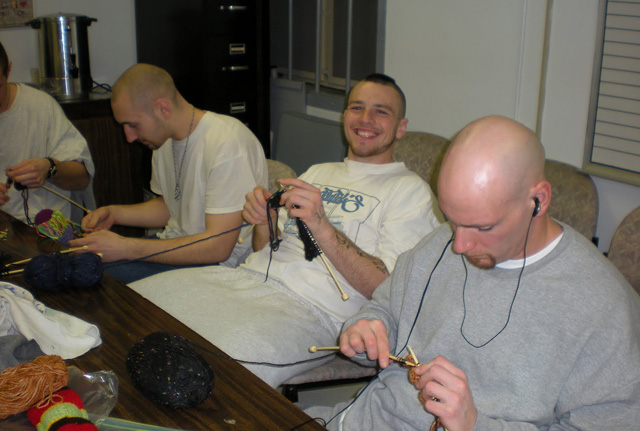 After retiring, Lynn Zwerling took her passion for knitting to men incarcerated at the Jessup Pre-Release Unit in Jessup, Maryland. The very successful program, called Knitting Behind Bars, has taught over 100 male inmates how to knit since 2009. The inmates make “comfort dolls” which are being given to first responders for comforting traumatized children.

The men were reluctant at first, complaining that knitting was too girly or too difficult. But Zwerling assured them men had invented the craft, then gave them a five-minute knitting lesson she swears can teach anyone. Suddenly, Zwerling says, the men “found the zen,” and got hooked. Now, every Thursday from 5 to 7 p.m., they come to class, leaving their crimes and the hierarchies of prison life behind.

via Good and The Baltimore Sun

photo by Karl Merton Ferron of The Baltimore Sun

images via Knitting Behind Bars