In this cute video uploaded by Funny cats and nice fish, the Ninja Kittens don’t realize they are also getting a lesson in physics while playing with a Newton’s Cradle.

Ninja Kittens (aka “Crouching Tiger”) studied martial arts, learned how to run, climb, stalk, attack, and now began preparations for the flight to Mars! In between workouts kittens playing, studying in a ridiculous dance choir and learn to dive. And then again to study science. In this video, kittens learn physics. 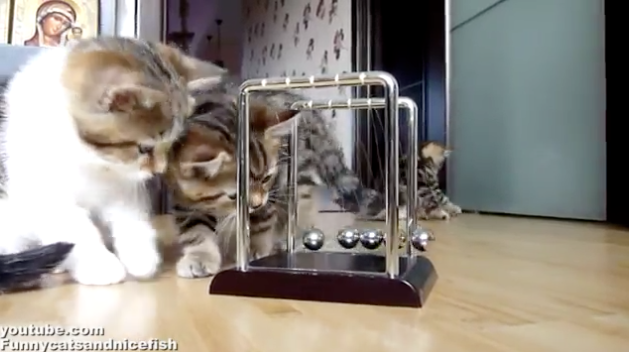