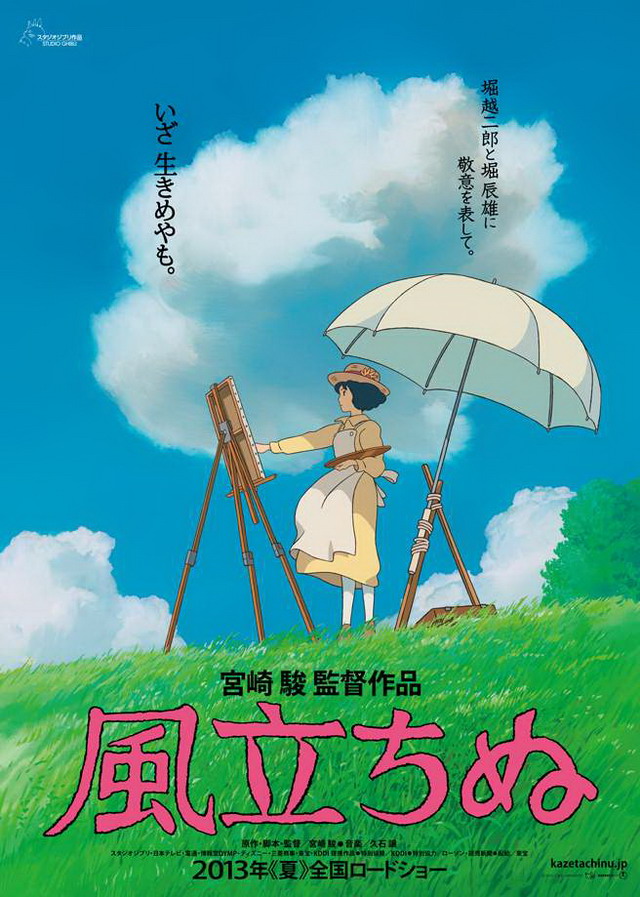 The Economist is reporting that popular Japanese filmmaker Hayao Miyazaki, known widely for his children’s films like My Neighbor Totoro and Spirited Away, has made Kaze Tachinu (“The Wind Rises”), his first feature-length animated film geared to adults.

A biographical film about the life of Jiro Horikoshi, the man responsible for the design and creation of the famous Japanese World War II Zero Fighter aircraft. Inspired by the aesthetics of design and the freedom of flying, Jiro pursues a life dedicated to the creation of a beautiful aircraft. The film covers the passage of time from Jiro’s childhood, filled with dreams of engineering, to adulthood as he creates an elegant, flight worthy plane that eventually is used for something quite different than he expected, war.

Here is the film’s trailer in Japanese (no subtitles or dubbing):