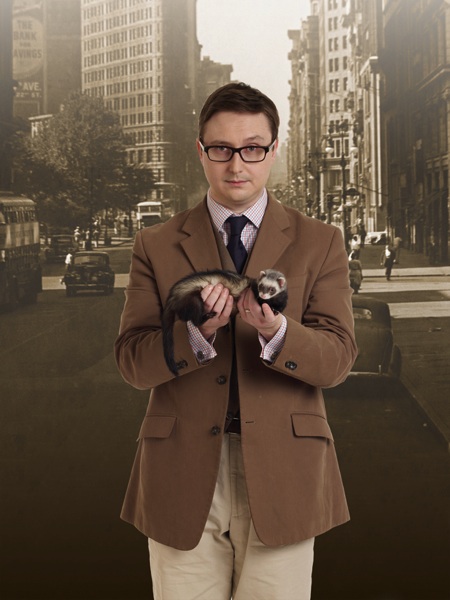 American author and humorist John Hodgman has enjoyed a sharp rise in popularity over recent years, thanks, in part, to regular appearances as Resident Expert on Comedy Central’s “The Daily Show” and a recurring role as “PC” on Apple’s “Get a Mac” TV ads. But his work has been gaining momentum since his graduation from Yale in 1994. After working in the publishing industry he wrote an ironic advice column for McSweeney’s entitled, “Ask a Former Literary Agent.” In his first book, The Areas of My Expertise, Hodgman explores topics from illustrations of hoboes to furry lobsters. In his role as Resident Expert on “The Daily Show,” Hodgman has offered insight and commentary on art authentication, presidential candidate style, hurricane season, and mixed martial arts. Hodgman’s new book, More Information Than You Require, to be released October 2008, deals with more of the esoteric, charming and just plain eccentric topics that catch the fancy of its author. John Hodgman’s weird sense of humor perfectly delivers intellectual acrobatics to a culture saturated with experts of every stripe.