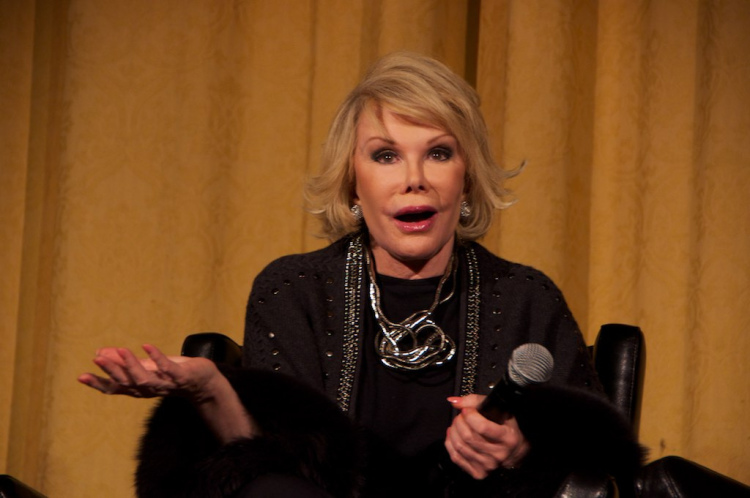 “My mother’s greatest joy in life was to make people laugh. Although that is difficult to do right now, I know her final wish would be that we return to laughing soon.” Melissa Rivers

Comedian Joan Rivers has passed away at the age of 81 according to her daughter Melissa Rivers. Rivers was hospitalized last week when she went into cardiac arrest during an outpatient procedure.

Joan Rivers was an often controversial voice in comedy that will be remembered as a frequent guest host during Johnny Carson’s run on The Tonight Show. She was also known for her red carpet interviews at The Oscars and other awards shows, and may be best known to younger readers for her appearance on Louis C.K.’s show Louie. The 2010 documentary A Piece of Work explored River’s life and career.

She will be missed.