For the latest Lie Witness News segment on Jimmy Kimmel Live, host Jimmy Kimmel sent his camera crew out to Hollywood Boulevard in Los Angeles with the hopes of convincing random stranger that Godzilla is based on a true story. Some people take the bait and their reactions are great.

‘Godzilla‘ made $93 million during its opening weekend here in the United States. So we went out onto Hollywood Blvd and asked people this question: considering Godzilla is based on the true story of the giant lizard attack on Tokyo that killed more than 100,000 people in 1954, do you think it is wrong that Hollywood glamorizes this event for entertainment? 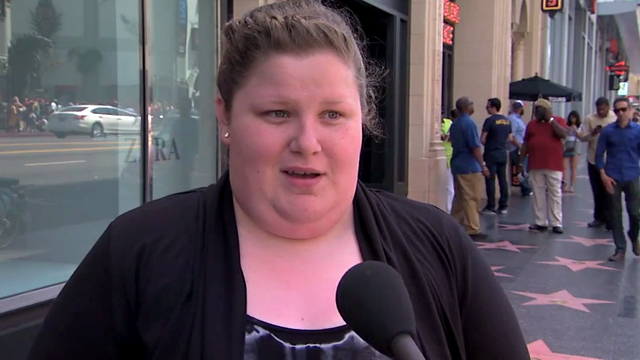