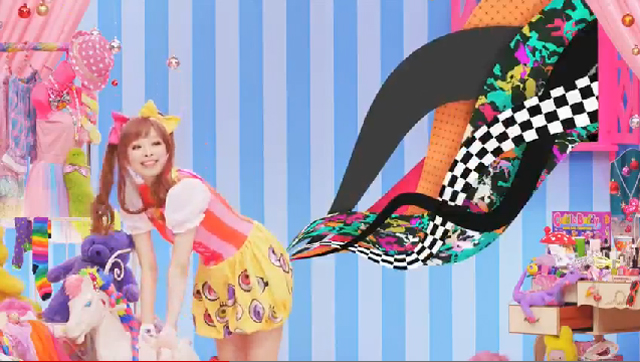 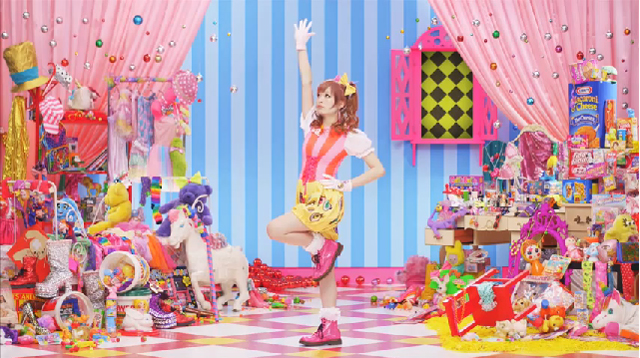 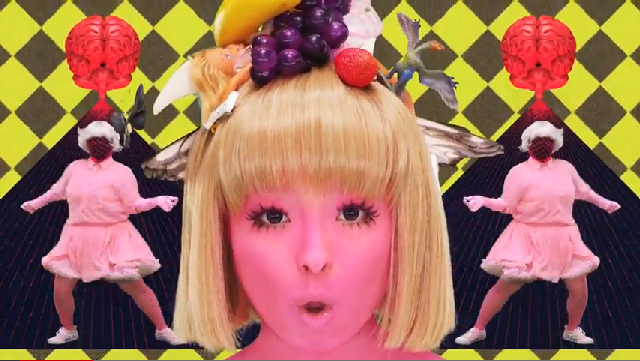 At first glance, it looks like Harajuku-style fashion model turned pop singer Kyary Pamyu Pamyu got into my young daughter’s head and documented her findings in the video for her debut single, PONPONPON. Joking about my kid aside, Japan’s obsession with kawaii (cuteness) is turned up to eleven in this rainbow-colored, toy-filled music video.

The dancing faceless characters in white wigs and pink garb try to steal the show from baby-faced Kyary Pamyu Pamyu but they are no match for her plastic fruit and Barbie doll feathered headgear and ginormous Anime-style eyes. I could describe this incredibly visual piece all day but let’s just leave it at: there’s a lot of technicolor weird packed into four minutes.