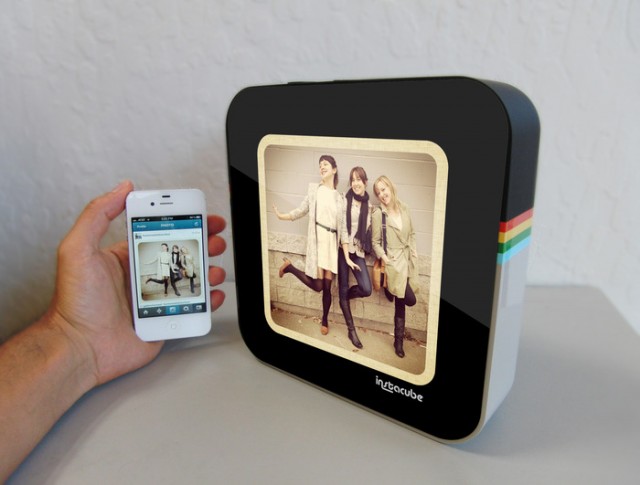 Instacube is an LCD photo frame that displays a live feed of Instagram photos. The device uses Wi-Fi to sync with the user’s Instagram account. Instacube has a few simple controls including a favorite button and a feed toggle button. A touchscreen interface allows the user to bypass a photo or freeze the screen on a favorite. Instacube is being developed by D2M, a design consultancy in Mountain View, California. The device is being pre-sold on Kickstarter, with deliveries expected in March, 2013.