Spencer Ackerman, a reporter for the Danger Room national security blog at Wired, wrote an interesting article titled “Inside the Battle of Hoth.” It gives an in-depth military view of the epic battle from the 1980 film Star Wars Episode V: The Empire Strikes Back and explains why “The Empire Strikes Out.” You can read the full story and view illustrated visuals (created by artists Simon Lutrin, Ross Patton, Dennis Crothers) over at Wired’s Danger Room.

How did the Galactic Empire ever cement its hold on the Star Wars Universe? The war machine built by Emperor Palpatine and run by Darth Vader is a spectacularly bad fighting force, as evidenced by all of the pieces of Death Star littering space. But of all the Empire’s failures, none is a more spectacular military fiasco than the Battle of Hoth at the beginning of The Empire Strikes Back.

From a military perspective, Hoth should have been a total debacle for the Rebel Alliance. Overconfident that they can evade Imperial surveillance, they hole up on unforgiving frigid terrain at the far end of the cosmos. Huddled into the lone Echo Base are all their major players: politically crucial Princess Leia; ace pilot Han Solo; and their game-changer, Luke Skywalker, who isn’t even a Jedi yet. 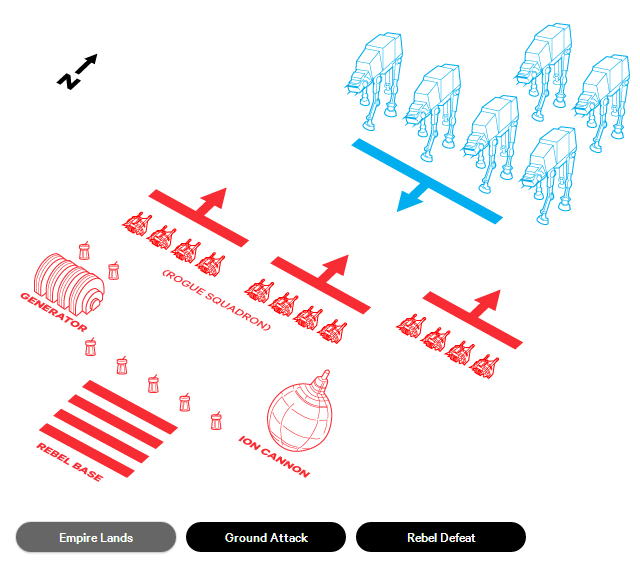 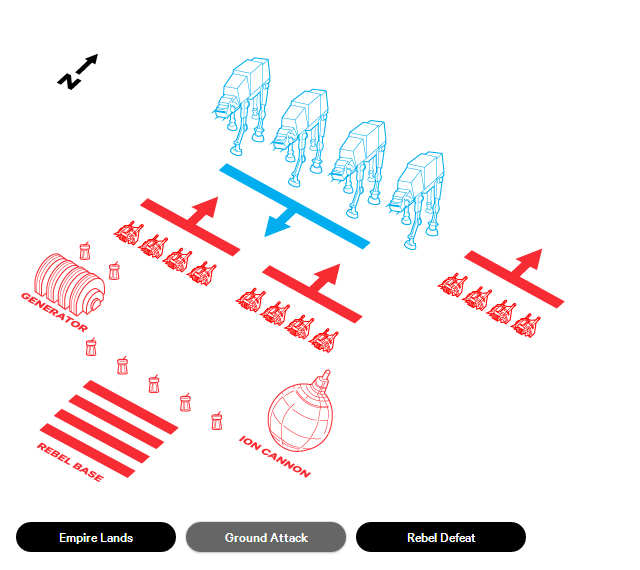 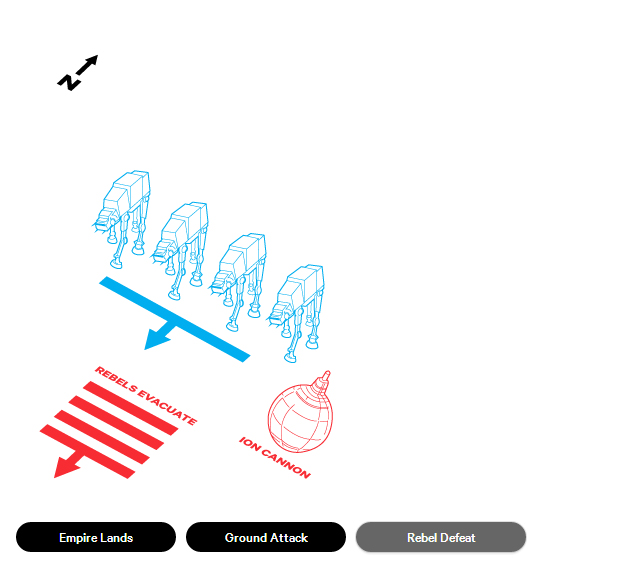