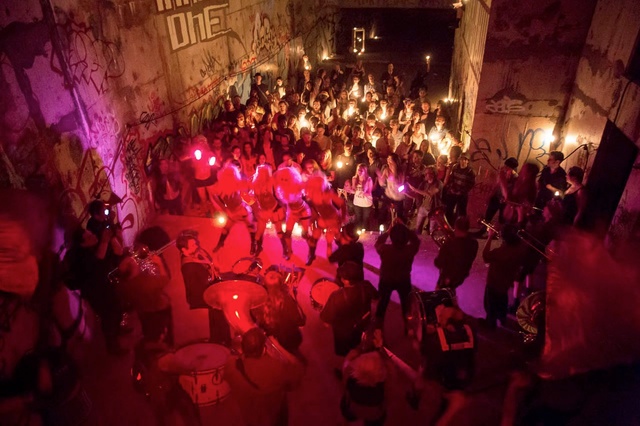 Late Friday night an abandoned subway station deep under Brooklyn was converted into a underground dance party entitled “Before We Were Ghosts.” The 150 or so guests of the event were told few details in advance by organizer Jeff Stark—they were provided with a meetup location near a Brooklyn subway stop, asked to bring flashlights and candles, and warned in advance of potential “legal and physical risks.” Upon meeting up shortly before midnight, the group was led by staff members to a manhole cover and then, many stories down to a vast abandoned station. The two-hour party included a performance by the Extra Action Marching Band. For more on the event, see this Gothamist post. 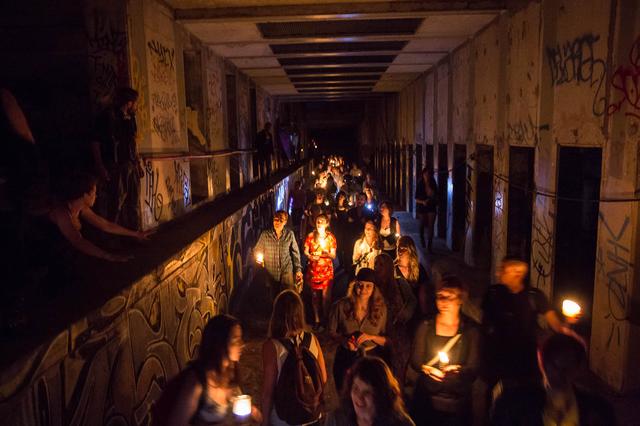 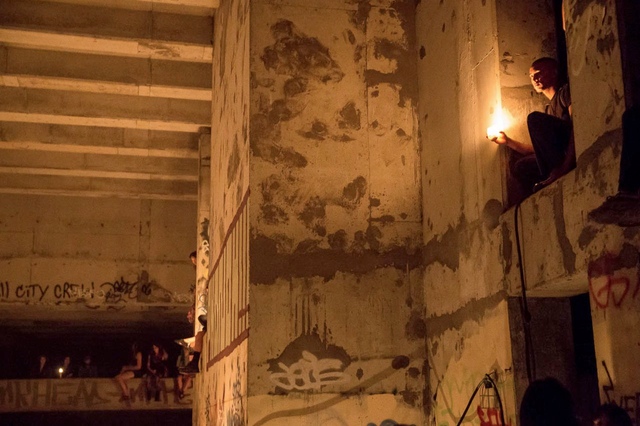