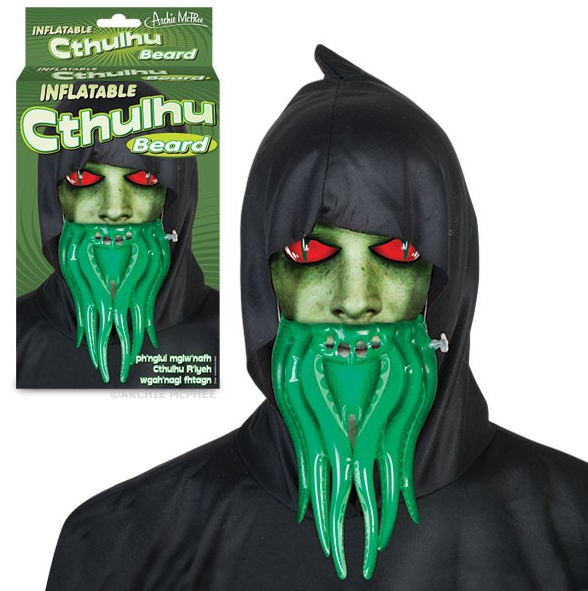 Described as “inflatable evil from another dimension,” the Inflatable Cthulhu Beard by Archie McPhee is a simple way to don a green tentacled beard in minutes. To complete the look, try wearing it along with their Inflatable Cthulhu Arm and Cthulhu Tentacles. It’s available to purchase at their online store.

Who wouldn’t want the same facial hair as HP Lovecraft’s most famous creation? Especially when you realize it’s a beard of tentacles. This inflatable tentacle beard will appeal to nerds, octopus lovers and worshippers of the Old Gods! Just put the elastic loops around your ears and you’ll instantly look like you’re transforming into an ancient horror from another dimension. Just think, Cthulhu cult members have to chant for years to get a beard like this, but you can get yours with only a few puffs.