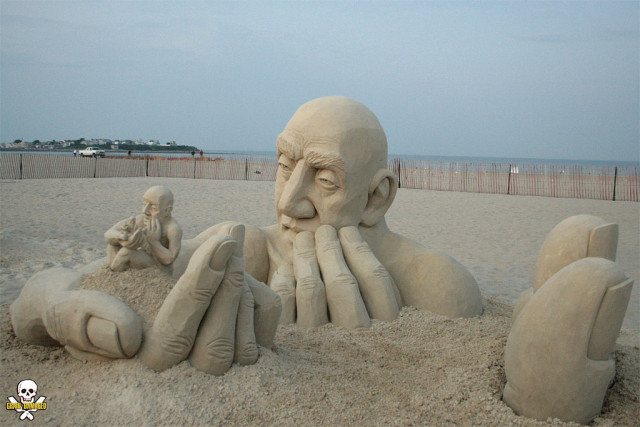 In the sand sculpture “Infinity,” a figure holds a miniature version of himself in his hand, and that figure holds an even smaller version, and so on, in a sculptural example of the Droste effect. The sculpture was created by artist Carl Jara back in June for the Hampton Beach Master Sand Sculpting Competition in New Hampshire, where the work earned a gold medal and the people’s choice award. For more photos from the event, check out Jara’s Flickr set. Jara has also released a time-lapse showing how he made the sculpture.