Back in 2012 Khursheed Hussain set the world record for the fastest time to type the alphabet—just 3.43 seconds. He’s now attempting to set another typing record, not with his hands but with his nose. The fastest time to nose-type a 103 character piece of text was set back in 2008 by an Indian person named Neeta, at 1 minute and 33 seconds. Hussain’s most recent attempt, performed last week, clocked in at 47.44 seconds. The attempt has not yet been certified by Guinness. 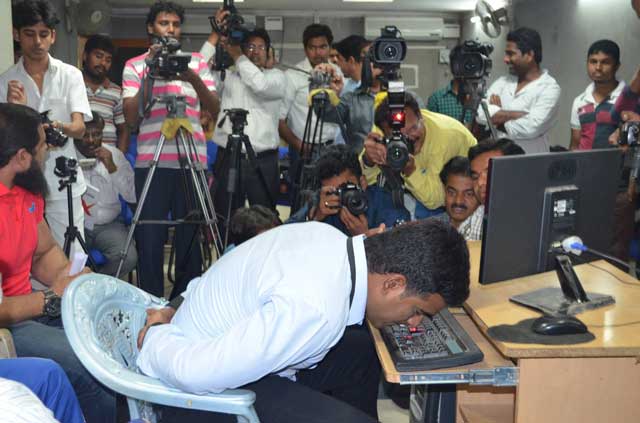 photo via Nothing To Do With Arbroath

via The Times of India, Nothing To Do With Arbroath