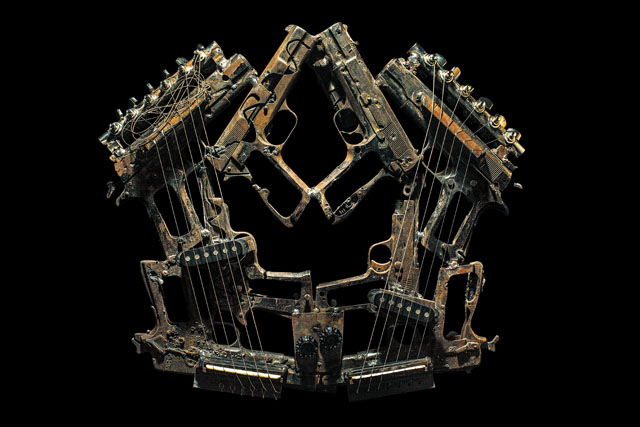 “Imagine” is a set of 50 fully functioning musical instruments that were made out of destroyed guns. The guns (some 6,700 of them) were destroyed earlier this year by the Mexican government and then given to Mexican artist Pedro Reyes. Reyes, in turn, recruited six musicians and spent two weeks converting the gun parts into working musical instruments. The group has since performed with the gun-instruments.

It’s difficult to explain but the transformation was more than physical. It’s important to consider that many lives were taken with these weapons; as if a sort of exorcism was taking place the music expelled the demons they held, as well as being a requiem for lives lost. 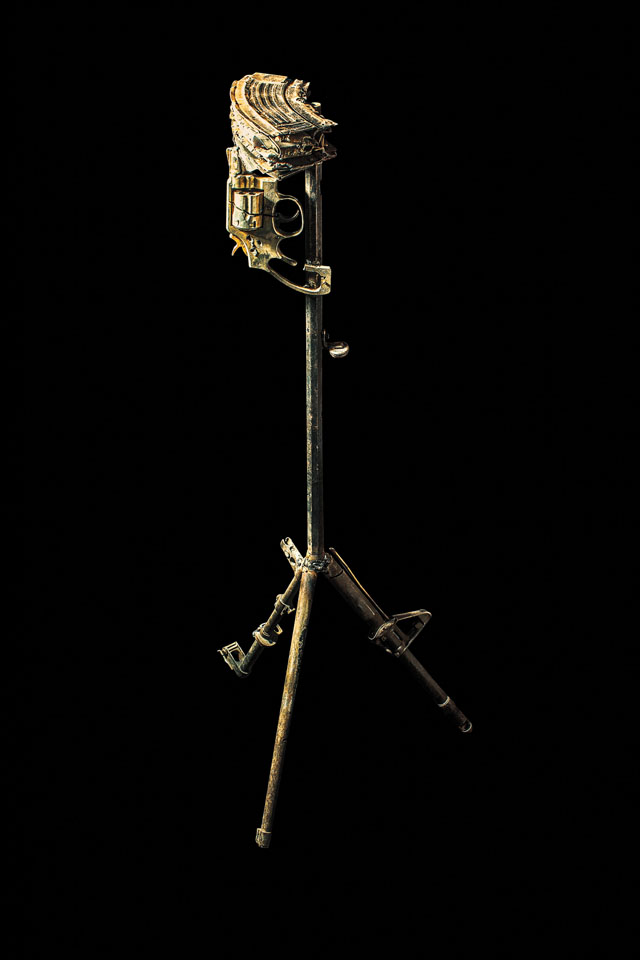 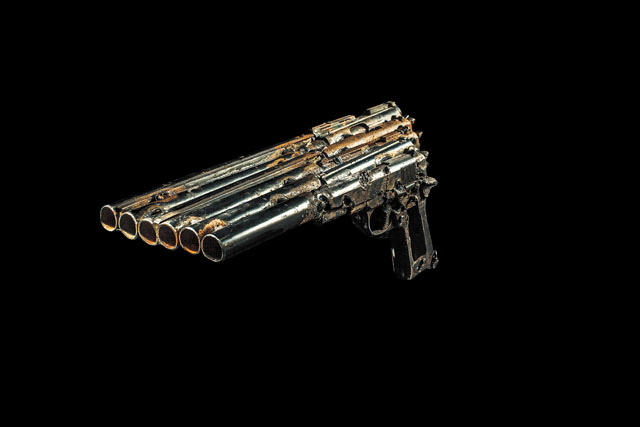 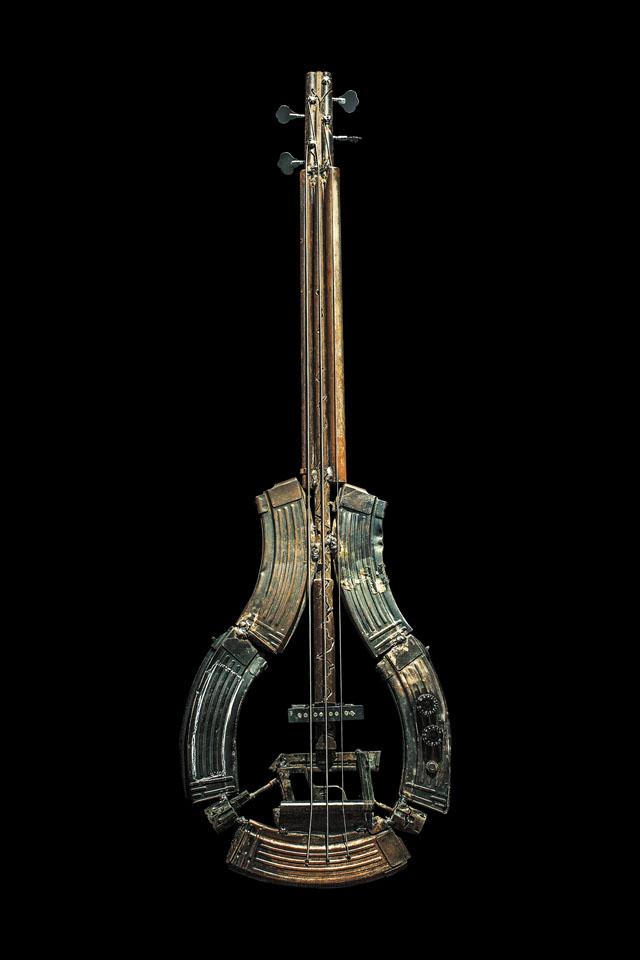 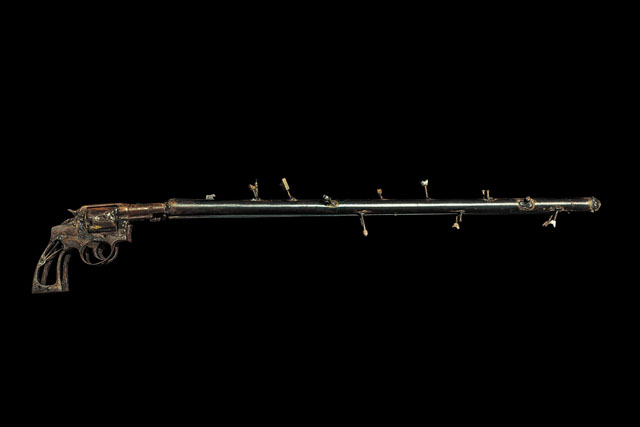 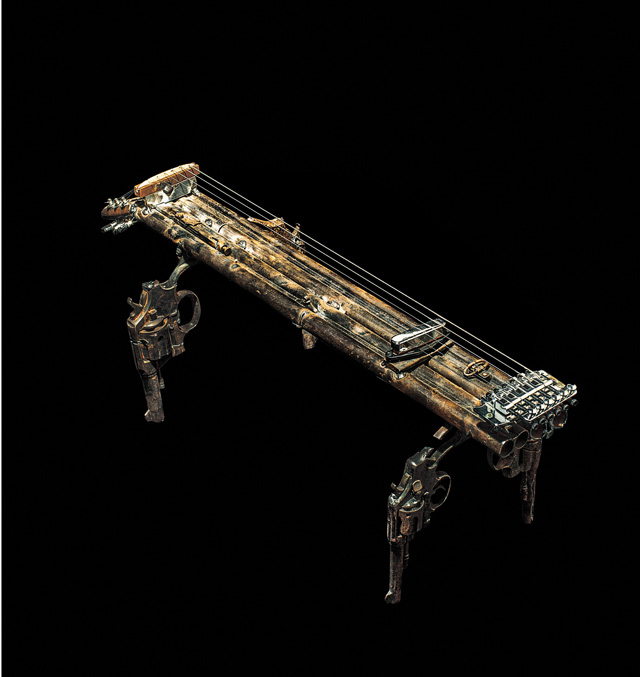