Red Bull has released “Imaginate,” a 7-minute riding film where professional street trials rider Danny MacAskill performs incredible bike stunts on giant toys. There is also an interactive version of the film that allows you to watch behind the scenes footage from some of Danny’s mind blowing tricks.

Here is episode 1 through 4: 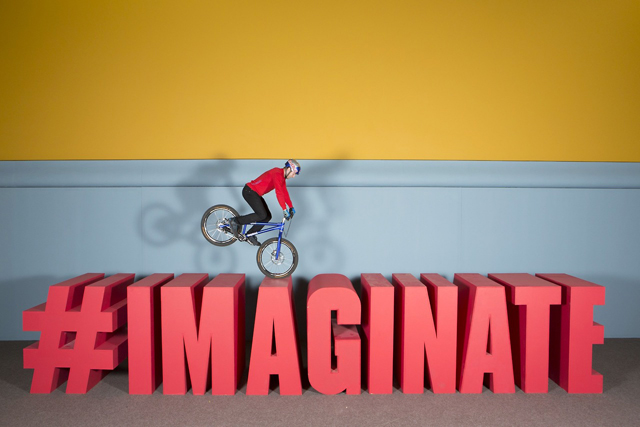