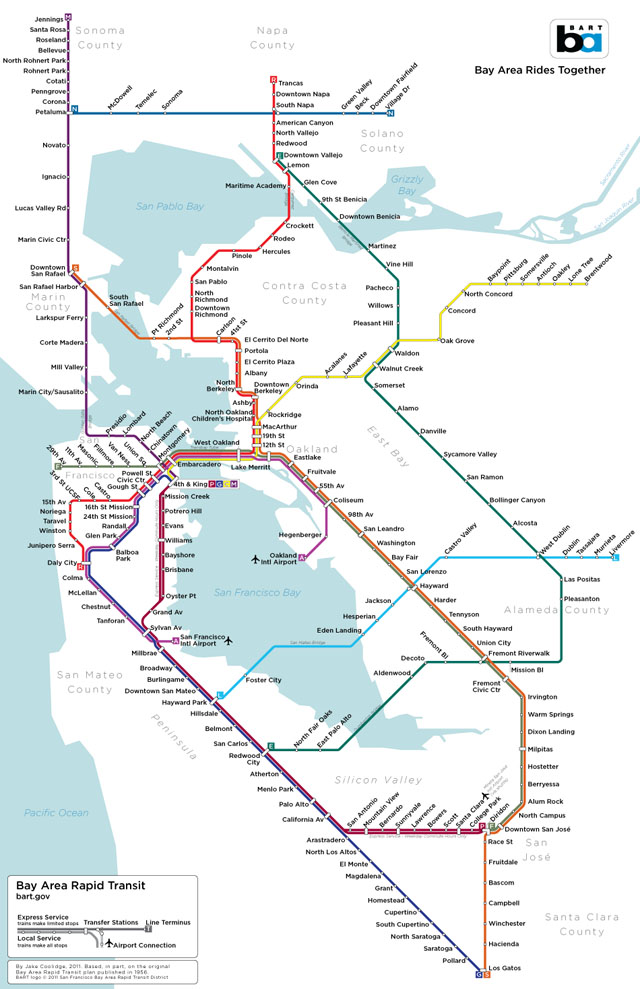 The Imaginary BART Map by Jake Coolidge is a rendering of what the Bay Area Rapid Transit system might look like if it actually served the entire San Francisco Bay Area, instead of just 4 out of 9 Bay Area counties. It is based in part on the original 1957 plan for BART (see below). And here is the current BART system map:

Thanks to Nico Crisafulli of 10 Times One for the tip!