Moby, Tony Hawk, and other celebrities rocket around on the HUVr Board—a flying board billed as a real world version of the hoverboard from the Back to the Future film franchise—in this slickly produced promo video featuring Christopher Lloyd who played Emmett “Doc” Brown in the BTTF film trilogy. According to HUVr, the board is crafted from “paramagnetic titanium” and is expected to ship in December 2014. Of course, HUVr Board most likely a particularly elaborate viral video stunt. 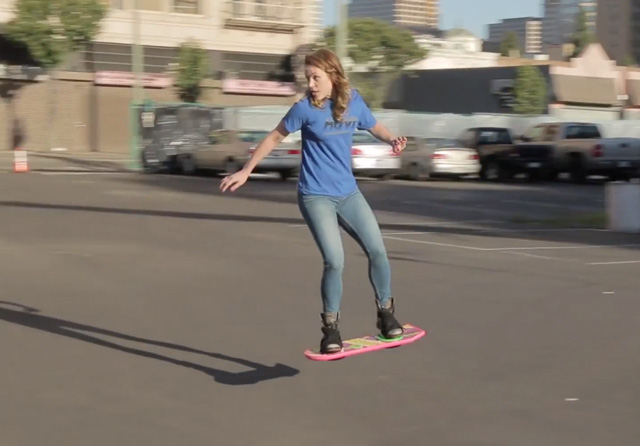