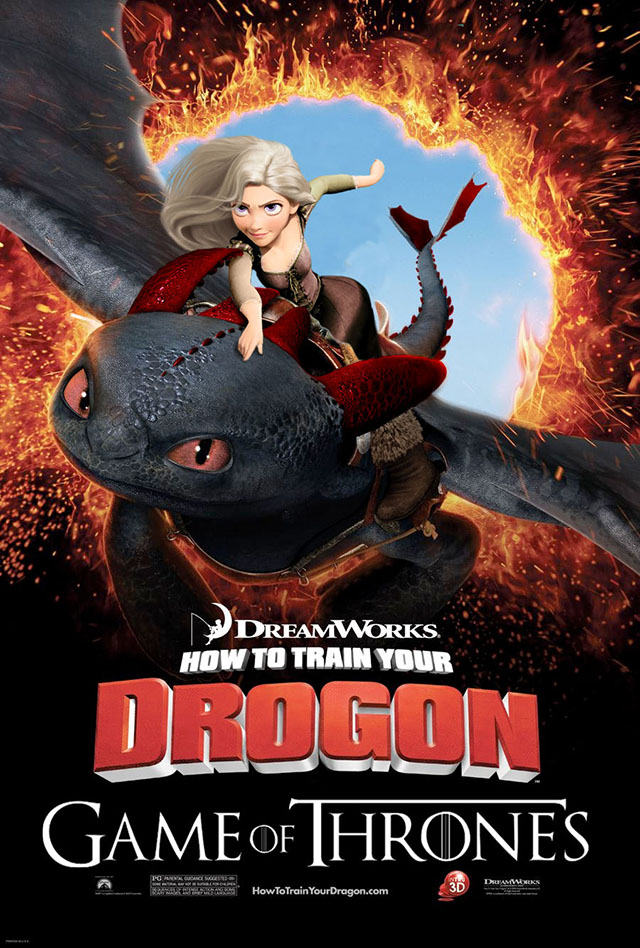 “How To Train Your Drogon” is a mashup movie poster created by New Zealand artist Toni Gordon that reimagines Game of Thrones as an animated film. It depicts Rapunzel, a character from the 2010 Disney animated film Tangled, as the mother of dragons Daenerys Targaryen (Game of Thrones). She is riding upon Toothless, a dragon from the 2010 DreamWorks Animation film How to Train Your Dragon.

I saw a cool manipulation of Rapunzel as Daenerys a few weeks back. It left me wondering if I could do something similar… Turns out I can.