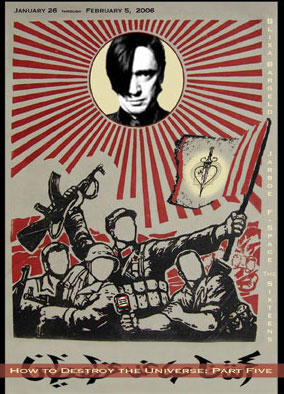 How To Destroy The Universe: Part 5 begins touring the West Coast on January 26th, starting in San Diego. There will be two shows in San Francisco, one at Studio Z on January 28th and another on January 29th at Bottom of the Hill. Other stops on the tour include Los Angeles, Portland, Seattle, Vancouver and Calgary. Tickets are on sale now.

“The primary goal of the festival is to bring together seemingly disparate artists and elements, to challenge and tear down mainstream assumptions about what is culture, and to build unique events that are greater than their individual parts,â€ said How Destroy The Universe festival founder Ethan Port. â€œOur perception of the universe is defined by initial assumptions and prejudices, which can be altered through new experiences and perspectives. Thatâ€™s why the festival uses the only partly sardonic slogan Destroy the Universe, Save the World!”