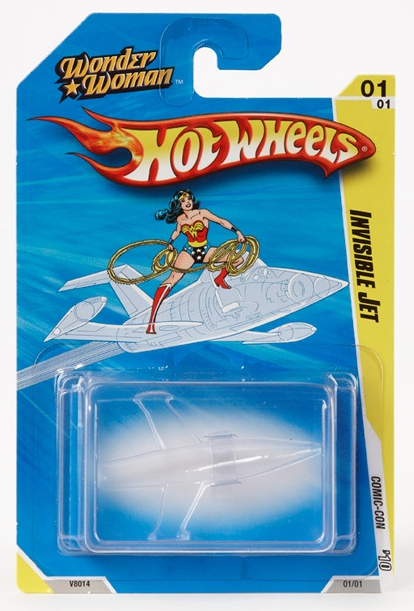 This week at Comic-Con 2010 Mattel debuted their new Hot Wheels Wonder Woman Invisible Jet. It was originally an April Fool’s prank, but there was such a demand by fans that they are actually made it into a real product.

It reminds me of the awesome Star Wars action figure “The Force”.