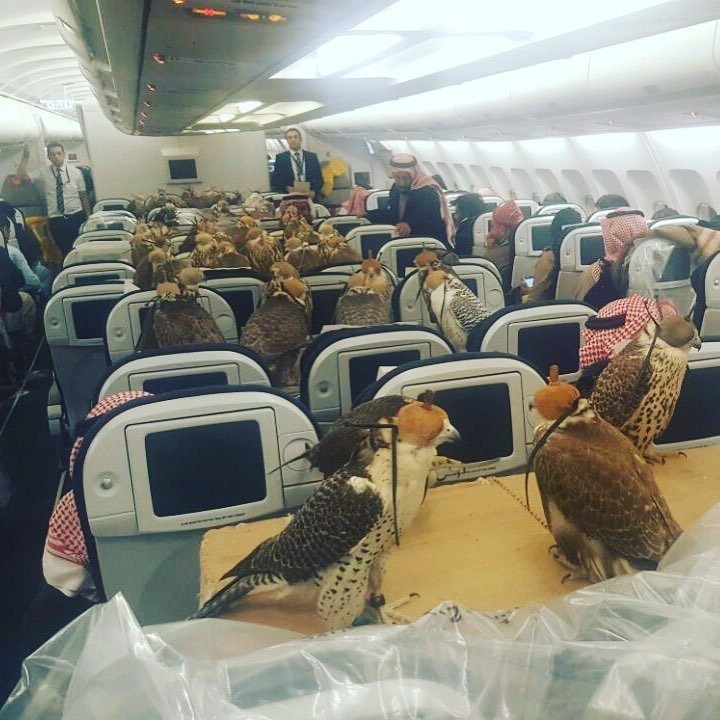 reddit user lensoo shared a photo with the caption, “Saudi prince bought ticket for his 80 hawks.” Information shared in the comments section of the post reveals that the birds are more likely to be falcons used for hunting, and that such birds can have their own passport from the United Arab Emirates. Other commenters shared their own experience of seeing similar birds on planes, and some airlines even have official policies regarding birds in the cabin.

My captain friend sent me this photo. Saudi prince bought ticket for his 80 hawks.