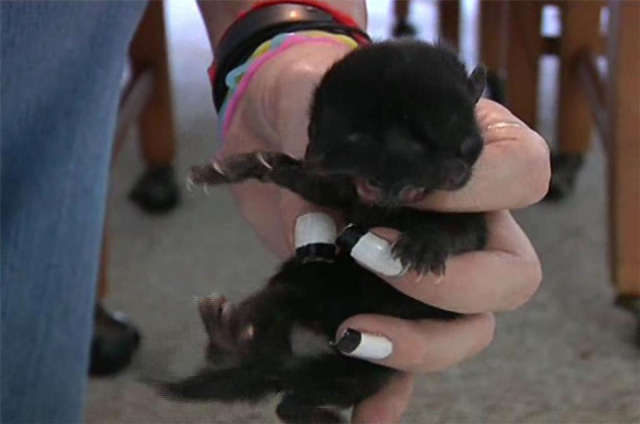 In Port Charlotte, Florida, a kitten with two faces had been born recently at the home of Nash Hand and his wife Amanda Forsythe. They named their new two-faced male kitten Harvey Dent, after the Gotham City villain of the same name. This tiny black kitten is considered a Janus cat, one born with diprosopus, a rare congenital disorder. Sadly, the latest news is that this adorable little guy passed away at just two days old. Check out more of the story at WWSB ABC 7.

Harvey Dent is not the only Janus cat that has been featured here, last year we posted about Frank and Louie, the oldest living Janus cat in the world. In that post, artist and Laughing Squid guest blogger Josh Ellingson had shared a great illustration he made of them. 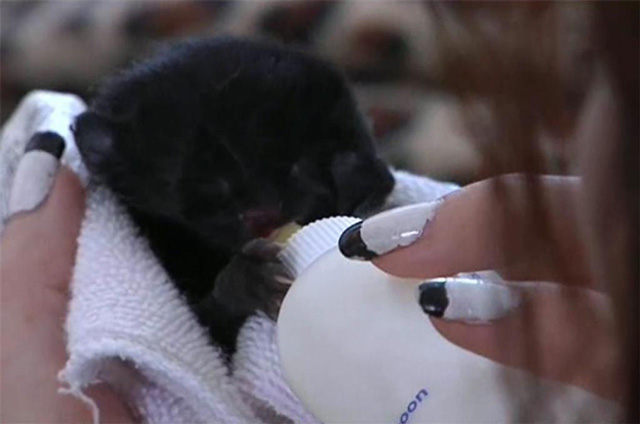