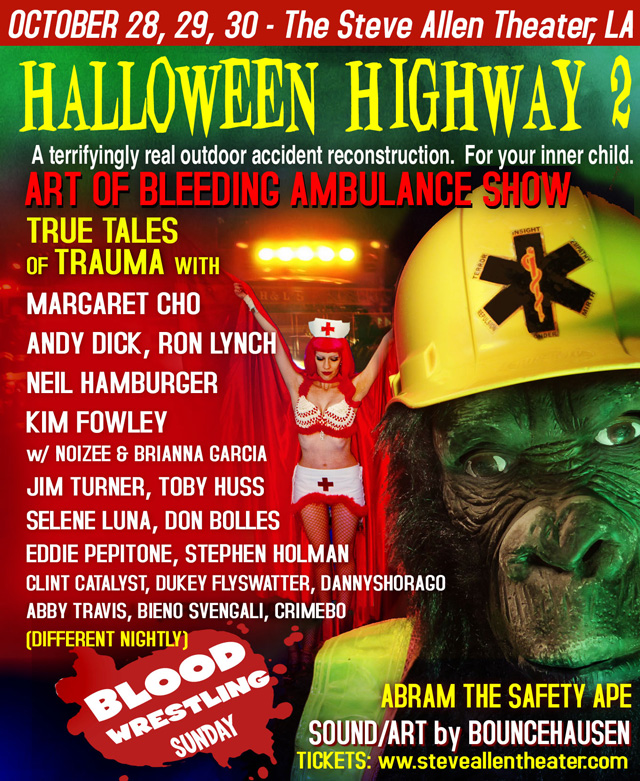 The Art of Bleeding will present their “magic ambulance theater” show titled Halloween Highway 2, at the Steve Allen Theater on October 28, 29 and 30, 2011 starting at 8 PM each evening. The Sunday performance will feature female blood wrestling. It promises to be “a ghoulish carnival of entertaining catastrophes” and hosts an impressive entertainment lineup. Tickets for the show are available now. 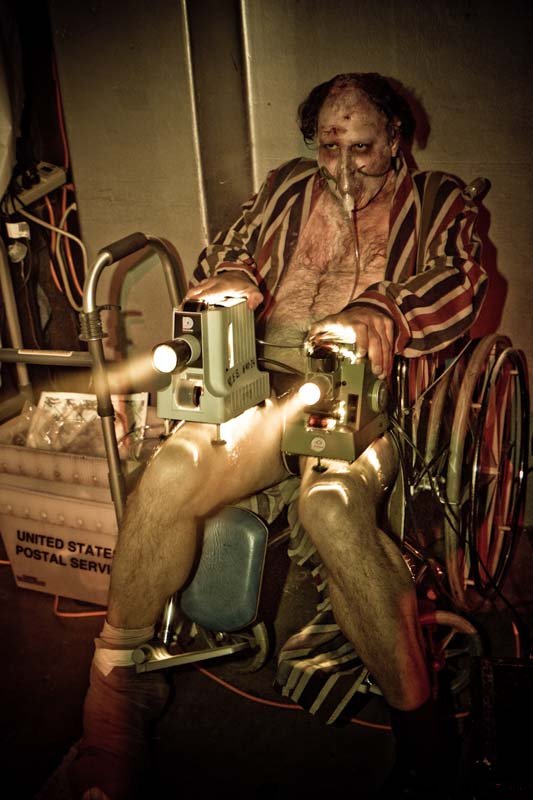 The show also features “a rare live appearance by the enigmatic band/art-collective known as Bouncehausen“.

According to The Art of Bleeding, Bouncehausen will:

…sonically recreate the exact moment of impact of a terrifying automobile crash, slow it down 300 million times and stretch it into one seven hour epic “song” that will take three days to play. If you are able to witness even a small part of this historic event you will have a much greater understanding of what it sounds like to exist on a molecular level as steel and glass twist and explode. The Art of Bleeding recently performed at the book release party for Chicken John’s The Book of the IS in San Francisco.

images via Art of Bleeding