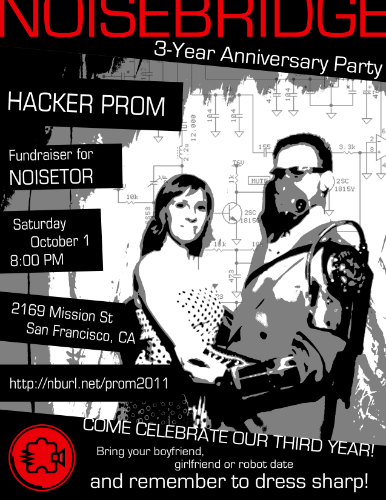 San Francisco hackerspace Noisebridge is celebrating its third anniversary with a Hacker Prom, October 1, 2011 at their Mission district headquarters.

It’s been 3 years since we initially opened our doors to all kinds of hackers from all parts of the world. Time to celebrate, hacker prom style! Bring a date (robots are totally allowed) and come on down to Noisebridge to relive those awkward moments from high school with your fellow hacker/maker.

Noisebridge has been featured on Laughing Squid a number of times. Here are some highlights: