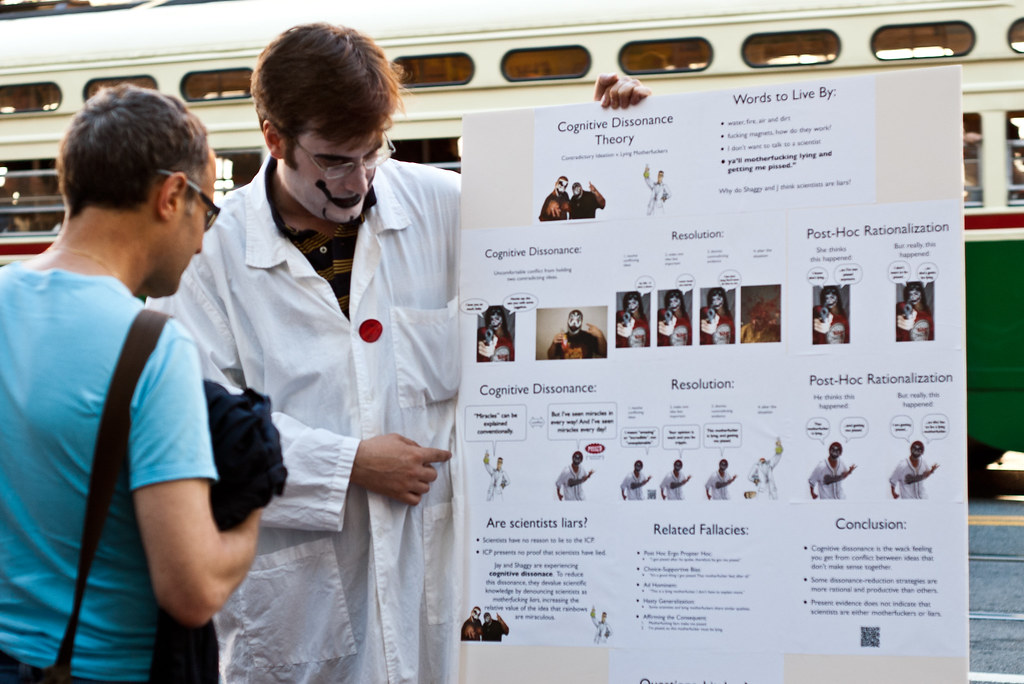 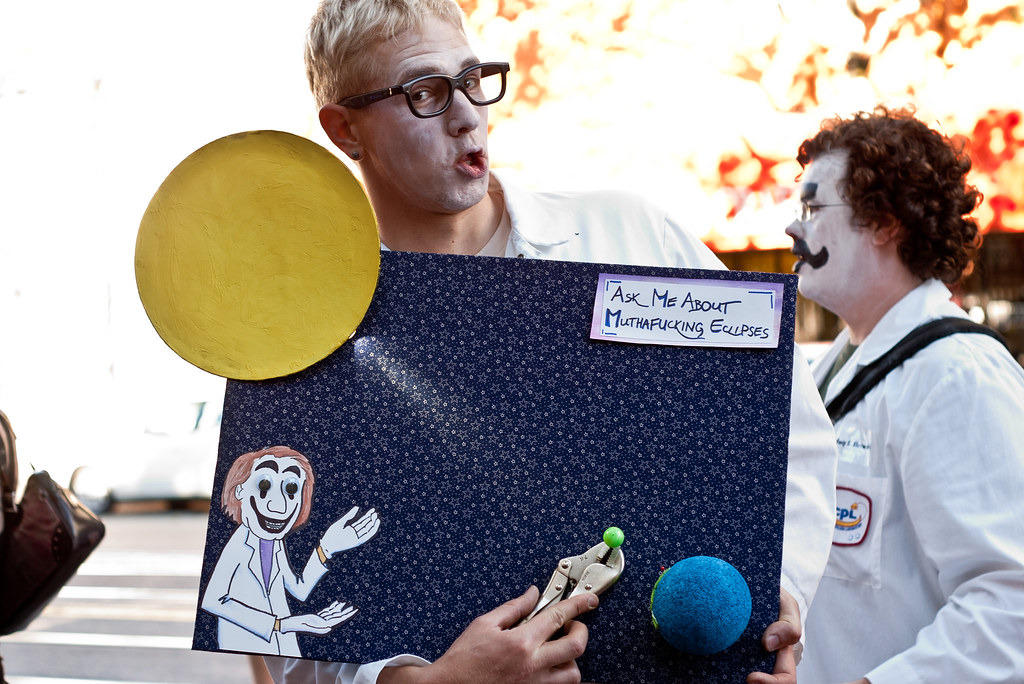 On June 5th, a gaggle of brave Noisebridgers plastered their skin in face paint and headed to the nearby Insane Clown Posse show to teach science to Juggalos (fans of ICP). Armed with lab coats and poster-boards, these clown scientists were set to explain the science behind butterflies, Faygo, and, of course, motherf*cking magnets. By several accounts, the Noisebridge members were actually getting along with the Juggalo crowd as they waited outside of the venue, up until a few members of ICP’s roadcrew came out and said the band was none to happy about anyone trying to teach science to their fans. SFSlim tweeted that the group was physically threatened by ICP’s crew and Violent J, one half of the Insane Clown Posse, even bragged about it on his twitterhole. A clown with no sense of humor… who’d a thunk it?

Ani Niow and Everfalling have posted Science For Juggalos video recaps (above) and you can find several good photo sets from the event on Audrey Penven, Don French, Mikael Vejdemo Johansson and my own flickr sets. If you don’t know why a bunch of nerds would done clown make up and teach science to ICP fans, Know Your Meme can help you out.