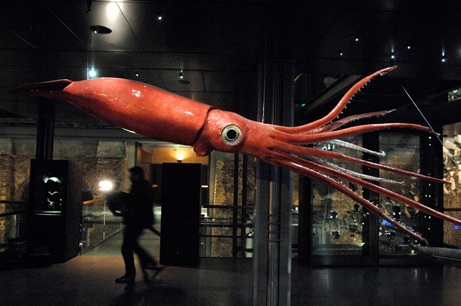 a plastinated squid on display at Paris Natural History Museum

Previously, von Hagens has plastinated giraffes, elephants and humans, but a giant squid – with fragile skin, no skeleton for structural support and more body water to replace than any other attempt – posed some challenges for the controversial anatomist.