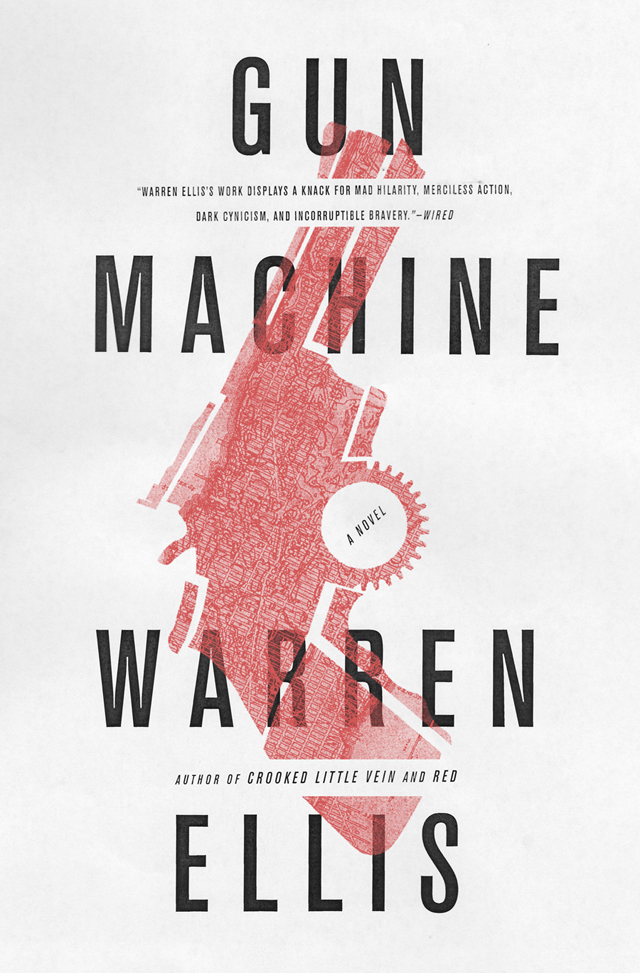 Gun Machine, a crime thriller novel written by author Warren Ellis and released by Mulholland Books, “reimagines New York City as a puzzle with the most dangerous pieces of all: guns.” You can watch the book trailer for Gun Machine below that is narrated by Wil Wheaton, directed by Jim Batt and features illustration work by Ben Templesmith. Hardcover and ebook versions of the novel are available to purchase online at Amazon, iBookstore and more. Here is an informative description of Gun Machine from Mulholland Books:

After a shootout claims the life of his partner in a condemned tenement building on Pearl Street, Detective John Tallow unwittingly stumbles across an apartment stacked high with guns. When examined, each weapon leads to a different, previously unsolved murder. Someone has been killing people for twenty years or more and storing the weapons together for some inexplicable purpose.

Confronted with the sudden emergence of hundreds of unsolved homicides, Tallow discovers that he’s walked into a veritable deal with the devil. An unholy bargain that has made possible the rise of some of Manhattan’s most prominent captains of industry. A hunter who performs his deadly acts as a sacrifice to the old gods of Manhattan, who may, quite simply, be the most prolific murderer in New York City’s history.

Warren Ellis’s body of work has been championed by Wired for its “merciless action” and “incorruptible bravery,” and steadily amassed legions of diehard fans. His newest novel builds on his accomplishments like never before, announcing Ellis as one of today’s most daring thriller writers. This is twenty-first century suspense writ large. This is GUN MACHINE.