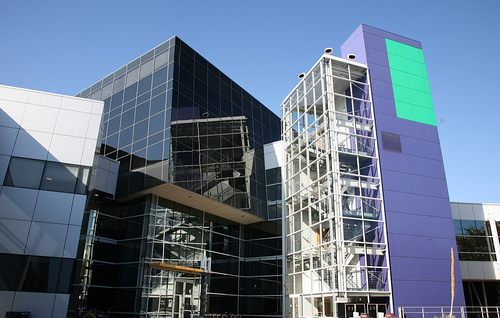 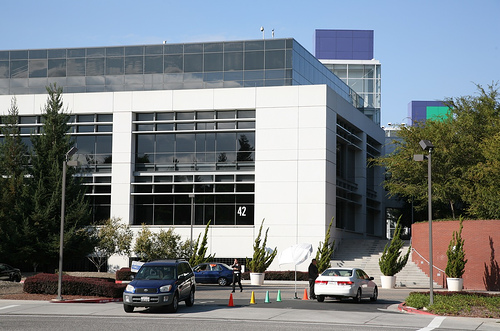 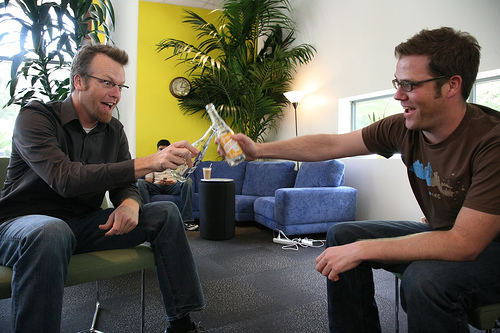 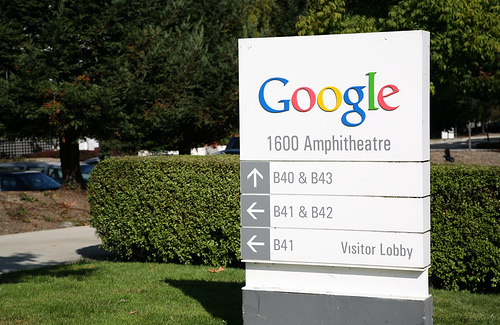 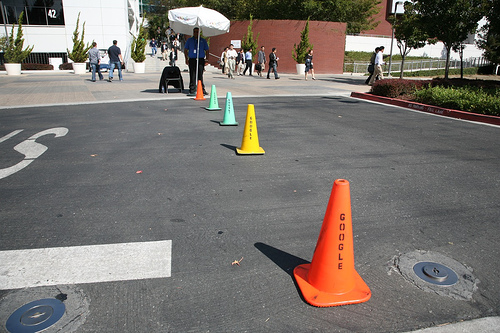 I’m currently working from the Googleplex, the headquarters of Google in Mountain View. It’s located in the former headquarters of Silicon Graphics (now in bankruptcy) and the green and purple color scheme still remains on many of the buildings. I was there visting a few friends, including Mike (my secret Google friend), Jeff Veen and Greg Veen who work on Measure Map (which was acquired by Google back in February).

Google’s photography policy is super strict, so I was only able to shoot a few of photos during my visit, but here are a few observations:

– Yes, the food is as good as everyone says it is. There is a main cafe, plus 4 or 5 other satellite cafes, each with their own theme. Oh yeah and it’s all free. No wonder there have been rumors of people from Yahoo! try to sneak in.

– I had one of the special It’s It Google ice cream desserts. Fantastic.

– They have the best toilets in tech, no butts about it, the super sophisticated TOTO Washlets which are heated and have many great features. The Python jokes taped to the inside of the toilet stalls are an added bonus (Python author Guido van Rossum works here).

– Sad news, the famous “Master Plan” whiteboard has been erased, but not to worry, new plans are being hatched.

– Neil Gaiman was giving a talk today. They have a regular schedule of interesting speakers who come in and give talks.

Yeah, it’s a pretty amazing work environment. Hell, I think I could even live here.